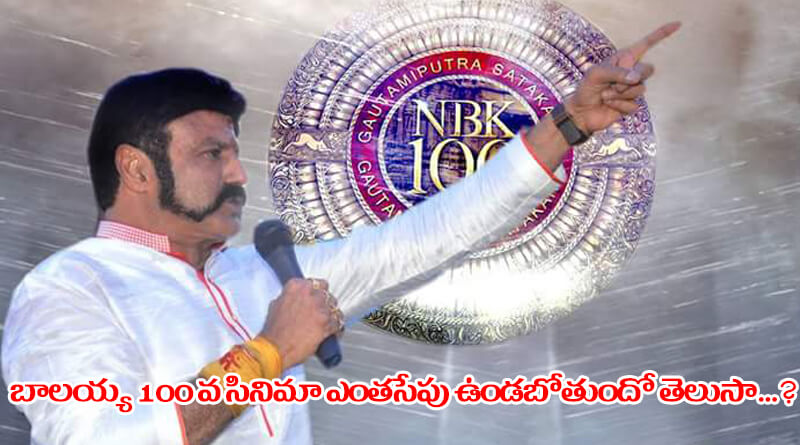 Hindupuram MLA, Telugudesam party leader, actor Nandamuri Balakrishna, who was busy till the previous day with his busy political tours now seems to be busy with his prestigious 100th movie Gauthamiputra Satakarni, which was announced on eve of Ugadi along with its logo at Buddha statue at AMARAVATI, capital of Navyandra Pradesh

It is known that famous director Jagarlamudi Radhakrishna(Krishh),who had no commercial hit till date was going to deal this prestigious project titled Gauthamiputra Satakarni. The film moves on covering the real life story and incidents that changed the life of Satavahana ruler Gauthamiputra Satakarni, who made up his rule by making capital as Amaravati, which was now capital for Andra.

In the latest media discussion, director Krish revealed few interesting facts about the film that the film till date was made up ready for shoot with an estimation of huge budget of about 50 Crores spending plan and the appropriate runtime will be nearly with 2 Hours 10 Minutes said the director. The director at some other media interview stated that movie will be never less than Baahubali which made the Telugu people raise collars with pride.