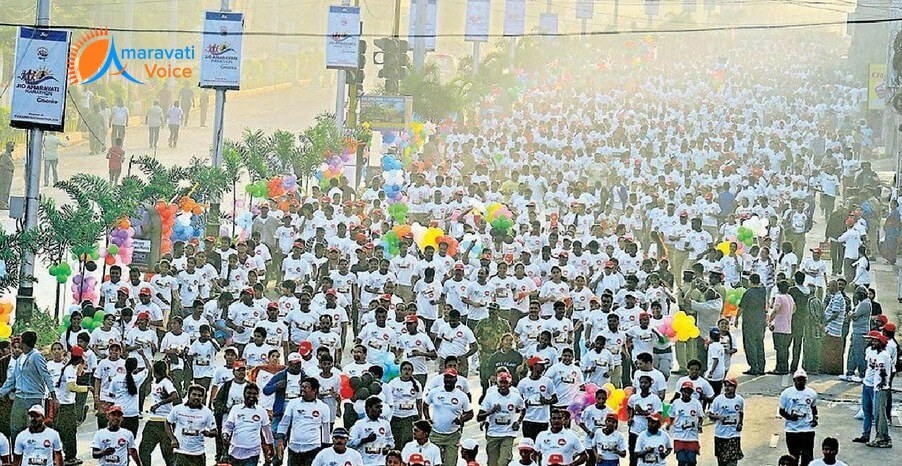 To promote the brand image of Amaravati, Andhra Pradesh capital, an NGO DEEP organised the marathon, which is also supported by the Andhra Pradesh government. Keeping away the cold weather and holiday, thousands of enthusiasts turned up for the Jio Amaravati. A total of 6500 citizens participated in the event.

Guntur Collector Kantilal Dante was complimented by Chief Minister, who completed the half-marathon in 2 hours 10 minutes.

A large number of youth, senior citizens and women arrived in the city from across the country to participate in the run.