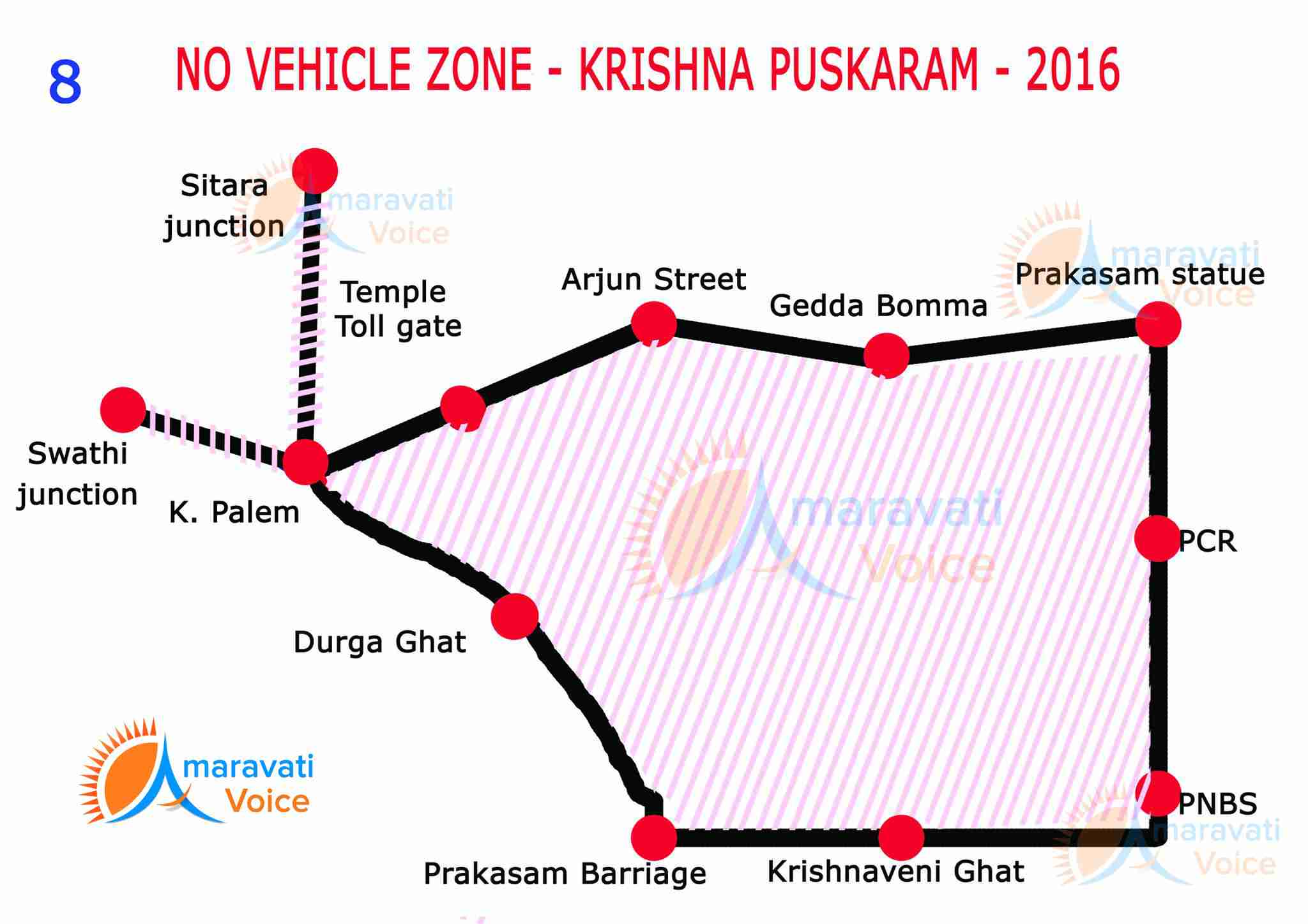 Vijayawada police explained the traffic restrictions to be imposed in and around Vijayawada city for the coming Pushakalu from August 12 to 23.

There is a long stretch of no vehicle zone from Prakasam Barrage to Panja Center. Only Pedestrians, emergency services and essential commodities vehicles would be allowed here. No other private vehicles would be allowed into the city and all should depend on public transportation system provided by the APSRTC and for some extended on the autorickshaws within the city. The most sufferers of this would be the one town area people.

The police explained that they divided the city into 19 zones and 74 sectors for the convenience of the traffic monitoring. They identified 120 parking places in an extent of about 276 acres and could accommodate at least 40,000 vehicles at a time at these parking places.