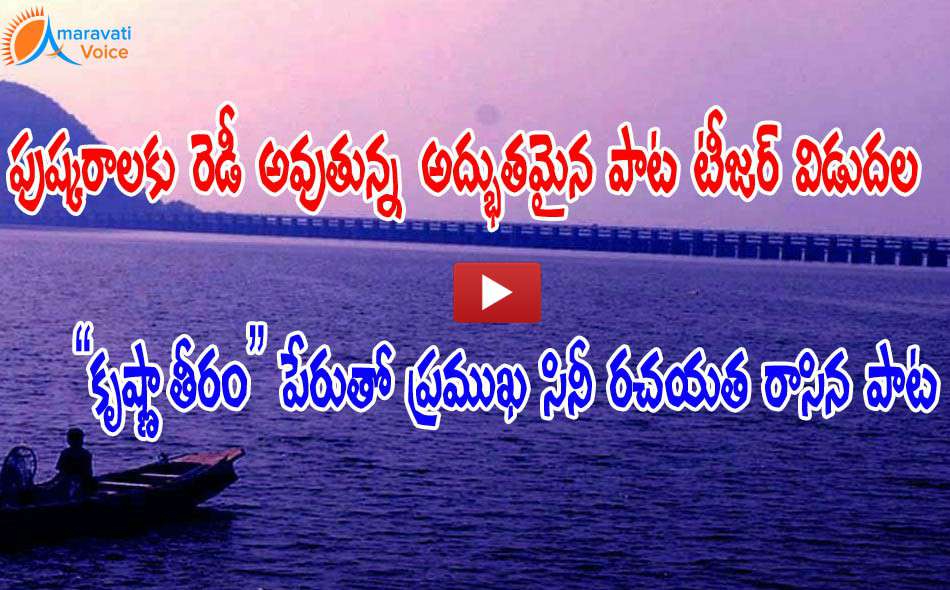 With Krishna Pushkaralu few days away, a special song on Krishna river name, Krishna Teeram is getting ready. The teaser of this song is released and getting a good response.

The teaser is released by Volga Archery Productions. The song is written by celebrity lyricist Suddhala Ashok Teja and music scored by Yasho Krishnan. Singers Dhunjay, Ramki and Jai Sriram have given their voice. The complete song will be released by this month end