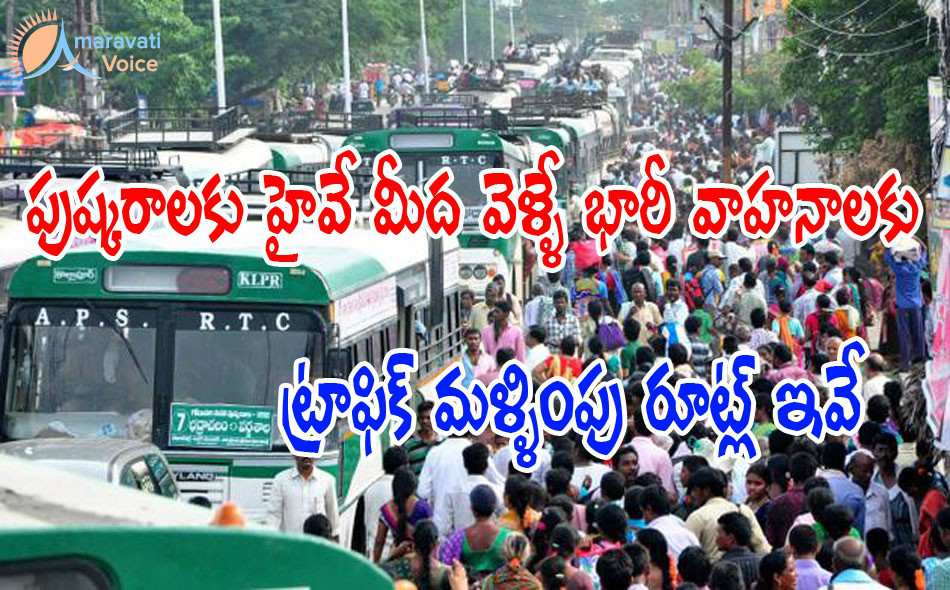 The trucks and other heavy vehicles which travel along the two major national highways, NH 16 and NH 65 cross, due to the Krishna Pushkarams, have to take alternative routes according to the Police.

On an average, 6000 trucks travel on the NH 16 through Vijayawada per day and now they will be diverted though Hanuman Junction, Pamarru, Repalle and Ongole.

The vehicles going towards Chennai would be diverted from Kattipudi to Ongole through Amalapuram, Bhimavaram, Kaikaluru and Mopidevi. Vehicles from Rajamahendravaram would be diverted to Ongolet hrough Tadepalligudem, Gudivada, Challpalliand Repalle.

In another route, the vehicles will be diverted from Ongole to Rajamahendravarm through Repalle, Challapalli, Gudivada, Hanuman Junction and Siddantham Bridge.

The vehicles also will be diverted to Rajamahendram from Ongole through Kaikaluru and Eluru.