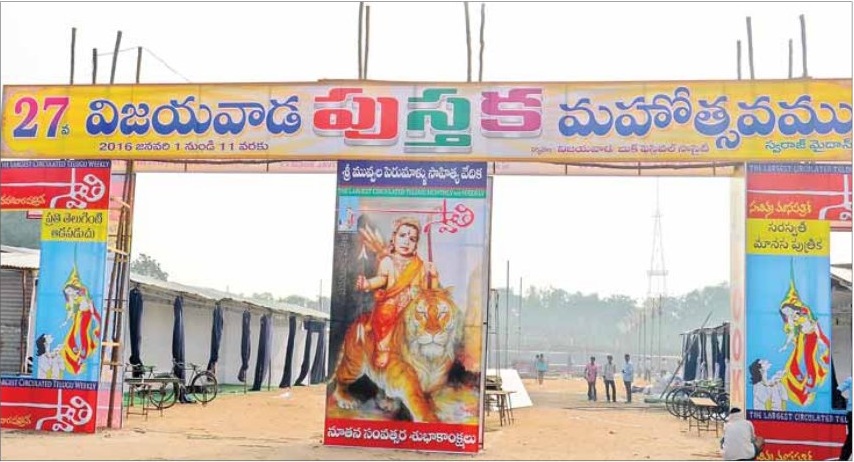 The 27th Vijayawada Book Festival is all set to organize at PWD Grounds from January 1st to January 11th. A total of 230 stalls are organized in the exhibition, compared to 389 stalls last year. The security cover for the CM Camp Office has apparently impacted the annual fete.

Walk for the books, a walkathon, would be organized on January 4 from Gandhi Nagar press club to the book exhibition premises. The participants would offer a 10 per cent discount on books purchased at the exhibition.