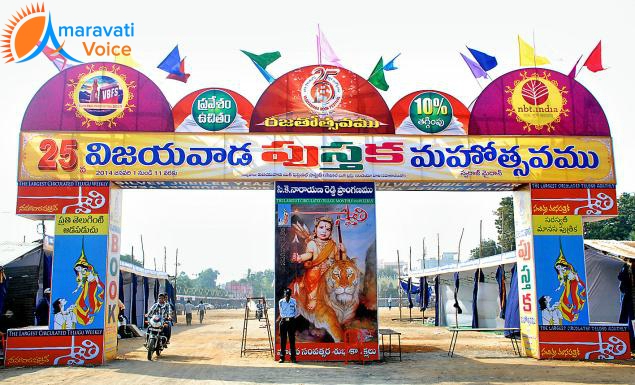 27th Vijayawada Book Festival Society will be organised at PWD Grounds from January 1st to 11th. The book festival will be named after Muvvala Perumallu and Sahitya Vedika will be named after Chalasani Prasad. As many of 230 stalls would be kept, compared to 390 last year. The stalls been reduced due to security reasons, as the CM office is very near to the grounds.

Besides, many educational institutions, law publications, media organisations, Bala Sahitya Publications and other organisations were expected to participate in the book festival