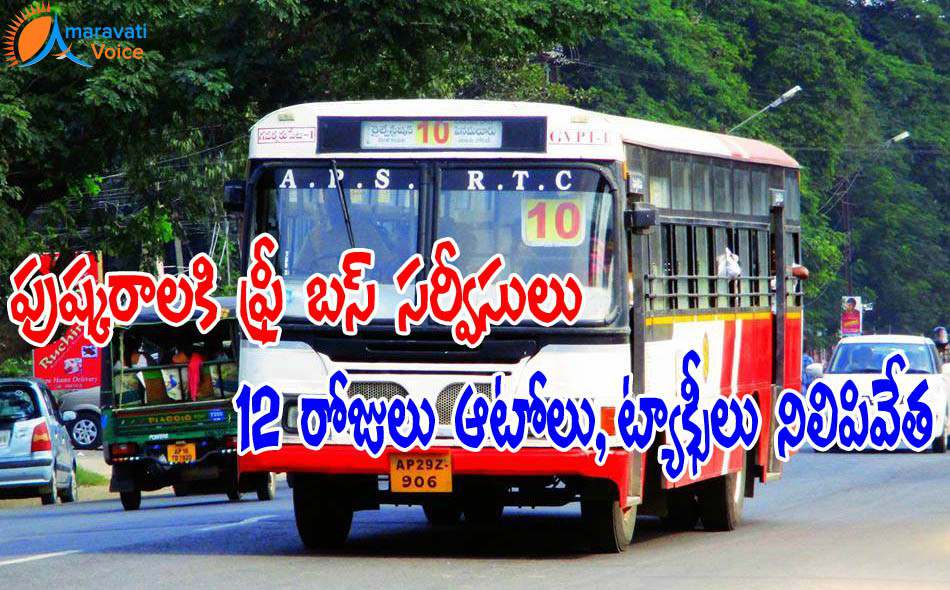 The government will run free buses for pilgrims in Vijayawada city for pushkarams and no other vehicle will be allowed. City services of the APSRTC's Vijayawada division would serve the core commuting needs of the pilgrims, including transporting them from the Satellite Bus Stations to the ghats and Railway stations.

The pilgrims reaching NTR Health University from East and West Godavari would be transported to the ghats in Vijayawada including Padmavati, Durga, Bhavani and Sangamam.

The APSRTC will also arrange local services from Zakir Hussain College Grounds and VTPS "A" Colony Grounds satellite bus stations to Sangamam ghat for the pilgrims. The pilgrims disembarking at the Siddhartha Engineering College would be ferried to Padmavathi, Durga and Bhavani ghats in Vijayawada.

Meanwhile, the police will restrict movement of auto rickshaws in Vijayawada and Guntur during the festival.