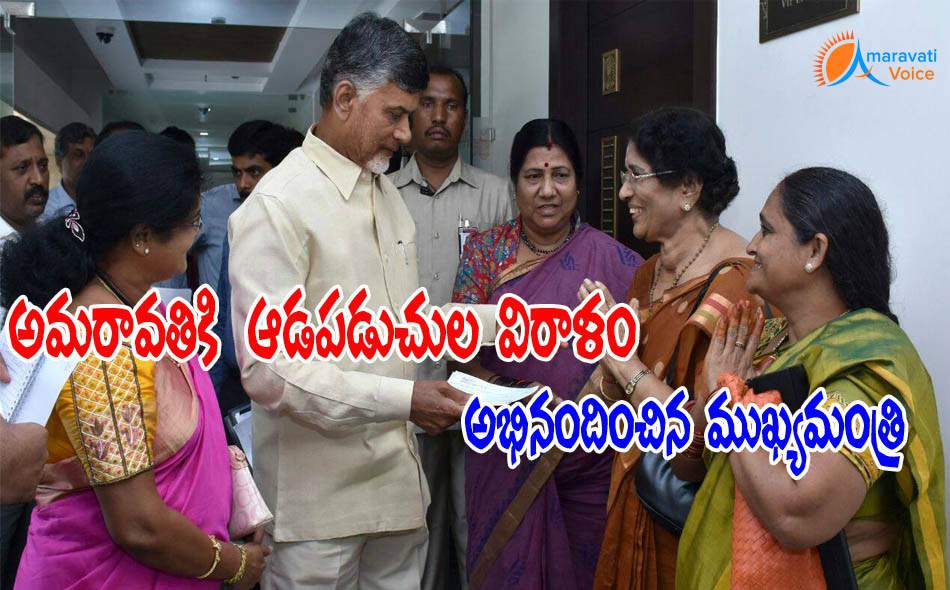 Three women accompanied by AP Women Commission chairperson Nannapaneni Rajakumari met the Chief Minister and congratulated him for his work and plans for the new capital city. They said that people were happy with the government's plans for the State and the capital city and expressed confidence that his vision would become a reality.
The Chief Minister thanked the women for their contribution and cooperation in building the new capital city against all odds.