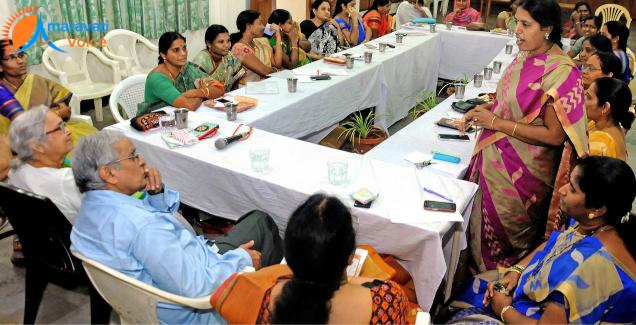 Women corporators of Vijayawada, have kept aside party differences and came on a common platform to work on women issues in the city. Thanks for the technology, they have formed a WhatsApp group to get in touch with each other. Out of the 59 Divisions in Vijayawada Municipal Corporation, 31 Divisions have Women Corporators.

Vasavya Mahila Mandali is conducting a three day orientation and leadership training program. Also the Women Corporators have donated Rs.11,000 to an old age home, which was being administrated by Country Womens Association of India at Gosala.