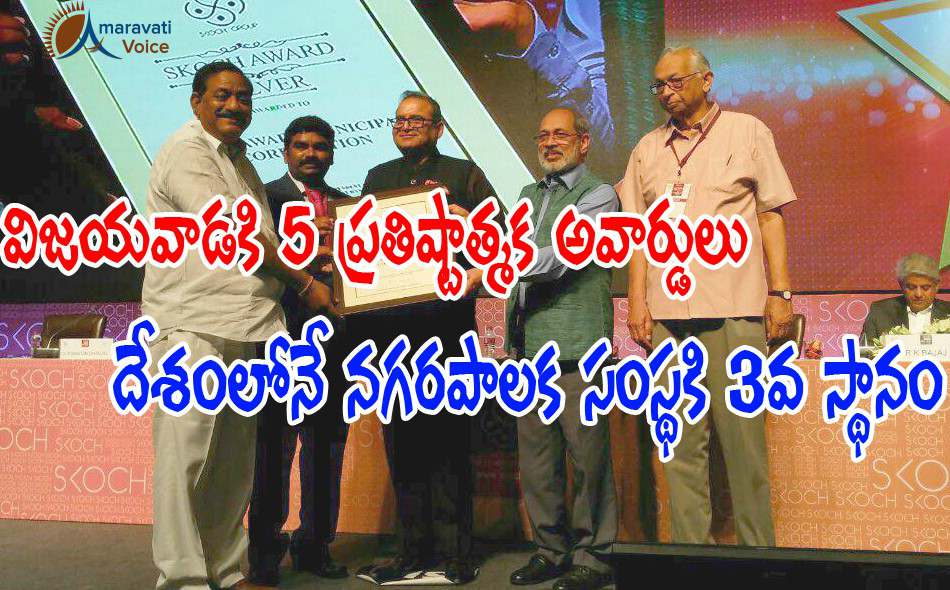 The VMC was among the few government organisations conferred with the award from more than 100 contestants from different parts of the country.

Meanwhile, Chief Minister N Chandrababu Naidu on Saturday lauded the efforts of the VMC for bagging the Skoch Smart Governance Award. He also directed the municipal Commissioner to implement more such initiatives for the better functioning of the civic body.