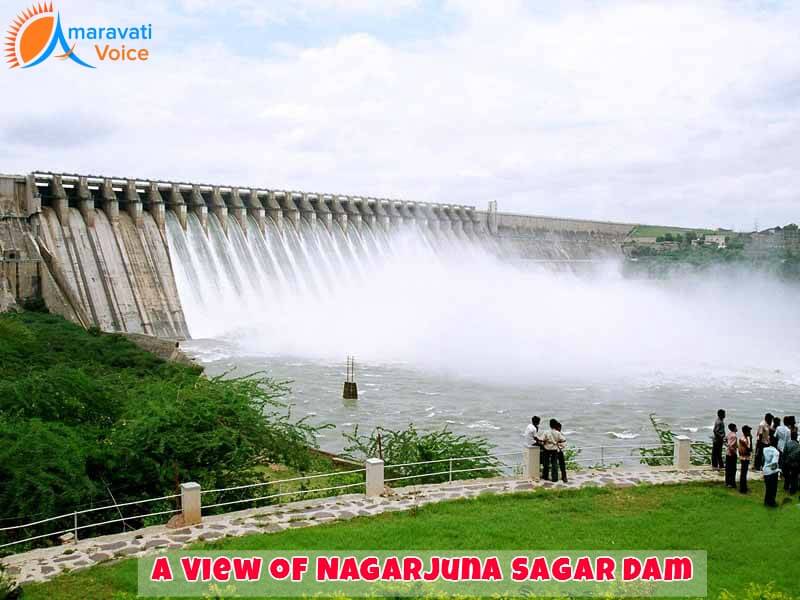 Summary: Nagarjuna Sagar Dam is popular all around India and it is located in the Guntur District of the state of AP. Let us explore some details about this dam.

Krishna River is highly popular not just in AP, but also in many other parts of India and even abroad as well. Like the Krishna River, the dam that is constructed across this river called as Nagarjuna Sagar is also popular. This dam was constructed in Nargarjuna Sagar and this is the place, where the river is standing as the forming boundary between the Nalgonda District of the state of Telangana and the Guntur District of the state of AP. The dam was built between 1955 and 1967.

During the Green Revolution Period in India, a wide range of infrastructural projects were initiated by then government of India and this dam holds the pride of being the earliest of such projects. In addition to this pride, the dam also holds the pride of being one among the earliest hydro-electric and multi-purpose irrigation projects in India. Besides providing hydro electricity generation service, the dam also provides irrigation facilities to agricultural lands spread over different districts like Guntur, Krishna, Nalgonda, West Godavari and Prakasam.

History of the dam:

The request for building of a dam for using the surplus water from the Krishna River was initiated by the Nizam of Hyderabad and for this project, the Nizam engaged the British Engineers in the year 1903. With this initiative, different sites for location of reservoirs in different regions of the state like Pulichintala, Hyderabad and Siddeswaram were considered. But, the stubbornness shown by the Raja Vasireddy Ramagopala Krishna Maheswar Prasad, it was identified that Nagarjunasagar is the ideal place to construct the reservoir. The king, who showed his stubbornness also contributed 55000 acres of land and also 55 billion British pounds for finding the site, design and building of the dam. Then, the construction began with local knowledge under the engineering leadership of Mr. K.L. Rao.

Once, the spot was identified and the required permissions were obtained, the project construction was launched officially by then Prime Minister of India, Pandit Jawaharlal Nehru on the 10th of December 1955. After the inauguration, the construction work continued for the next 12 years. After, the construction was completed reservoir water was released into the left and right bank canals by then Prime Minister Indira Gandhi in the year 1967. This followed the construction of Hydropower plant and the power generation increased between the years 1978 and 85 as additional units came into service during this period.

Even though, the dam was constructed with a good cause, the construction led to immersion of an ancient Buddhist settlement called Nagarjunakonda, which was earlier the capital of the Ishvaku Dynasty. When the place was dug for construction of the dam, nearly 30 Buddhist monasteries, besides artworks and inscriptions were found. These monumental findings were moved to two different places. Some of them were moved to mainland, while some were shifted to Nagarjuna’s Hill, which is now an island in the middle of the reservoir. 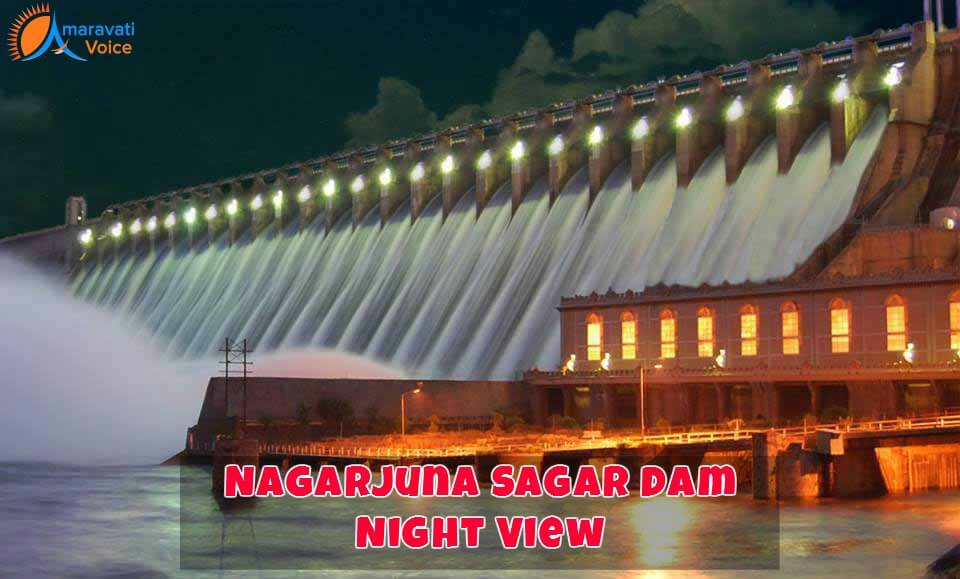 The right canal provides water supply to more than 1.113 million acres of agricultural land in the Prakasam and Guntur Districts, while the left canal provides water supply to 0.32 million acres of land in the Khammam, West Godavari, Krishna and Nalgonda districts. The right canal is named after Jawaharlal Nehru as Jawahar Canal, while the left is named after Lalbahadur Shastri.

It is stated that this great project has brought about a great improvement in the economy of the districts mentioned above. However, there is a negative effect of 52 villages submersion and 24000 people were relocated for the construction, but the relocation of people was completed only in the year 2007. It is known that for the construction of the dam, nearly 1300 crore rupees were spent and it is also stated that around 45000 to 70,000 people got employment opportunity because of the construction. So, the dam stands as an emblem of helping many families not just now with its water and power generation, but also earlier during its construction.

To make it suitable for tourists and visitors, the dam is constructed with a beautiful landscape and it has a scenic attraction. Turbines are located both on the Nalgonda side of the river and on the Guntur side and tourists are allowed to see the turbines in action.

There are many other places to visit around the dam like Ethipothala waterfalls and the dense Srisailam Wildlife Reserve. Besides these places, there is also an excellent museum near the dam and this museum can be reached by boat. Boat trip is another attraction for the visitors.

The museum is actually located in the Nagarjuna Konda Island, wherein the remains of the Buddhist settlement can be seen. Boats are operated regularly from the dam to the museum.