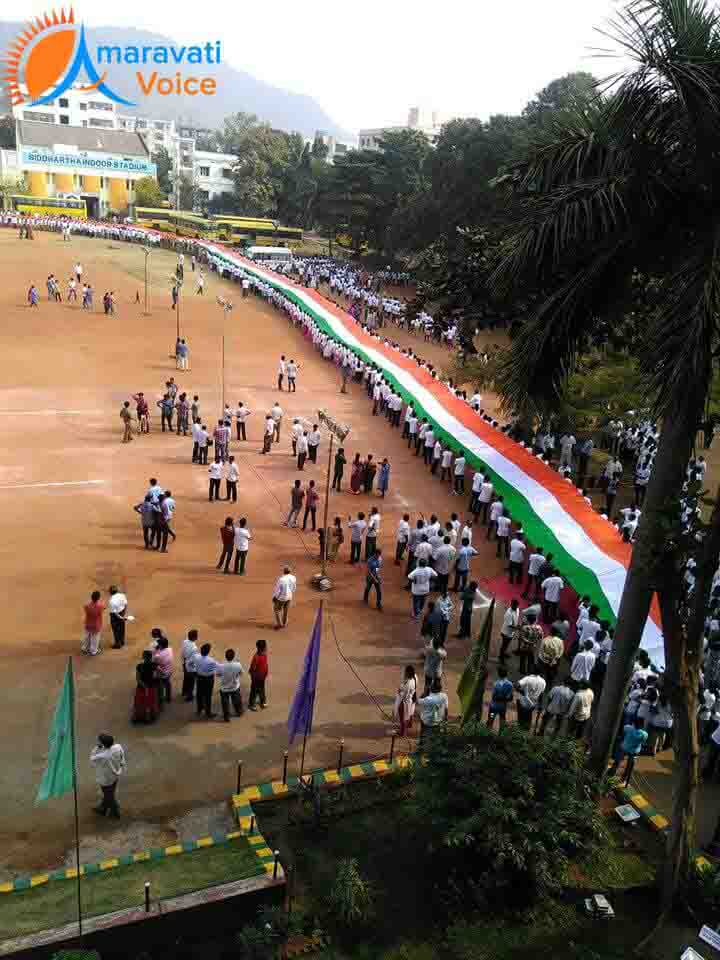 The 1,000-feet long and 10-feet wide National Flag was taken out for a procession covering different parts of the city. Many several citizens voluntarily joined them when the procession of carrying the huge flag began from PB Siddharatha College Premises. As the procession proceed, hundreds of people gathered by the road-side to watch the spectacle. 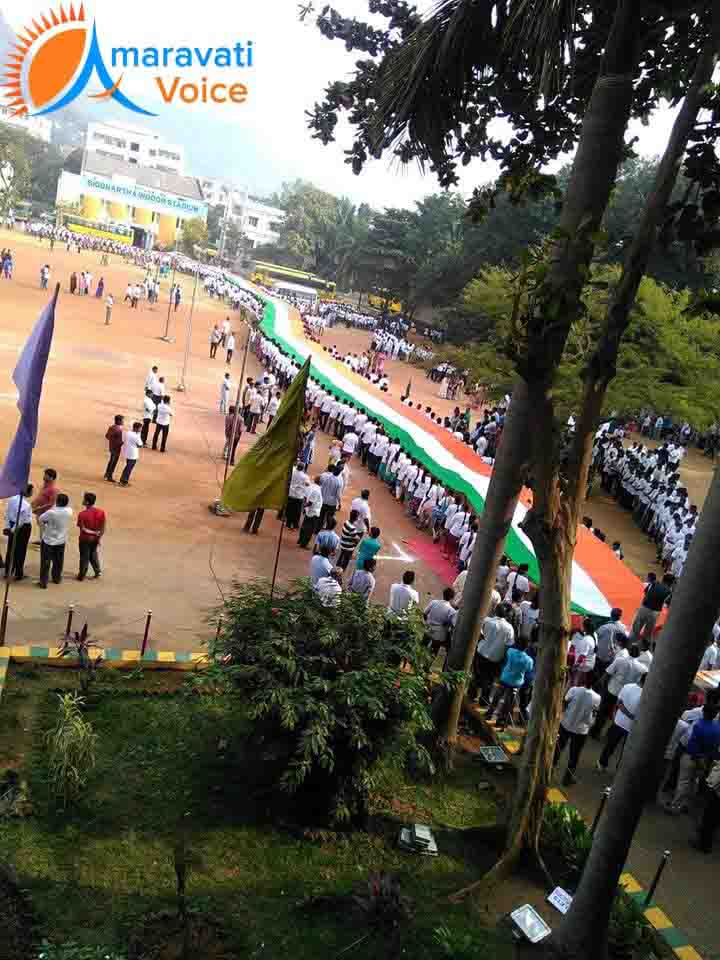 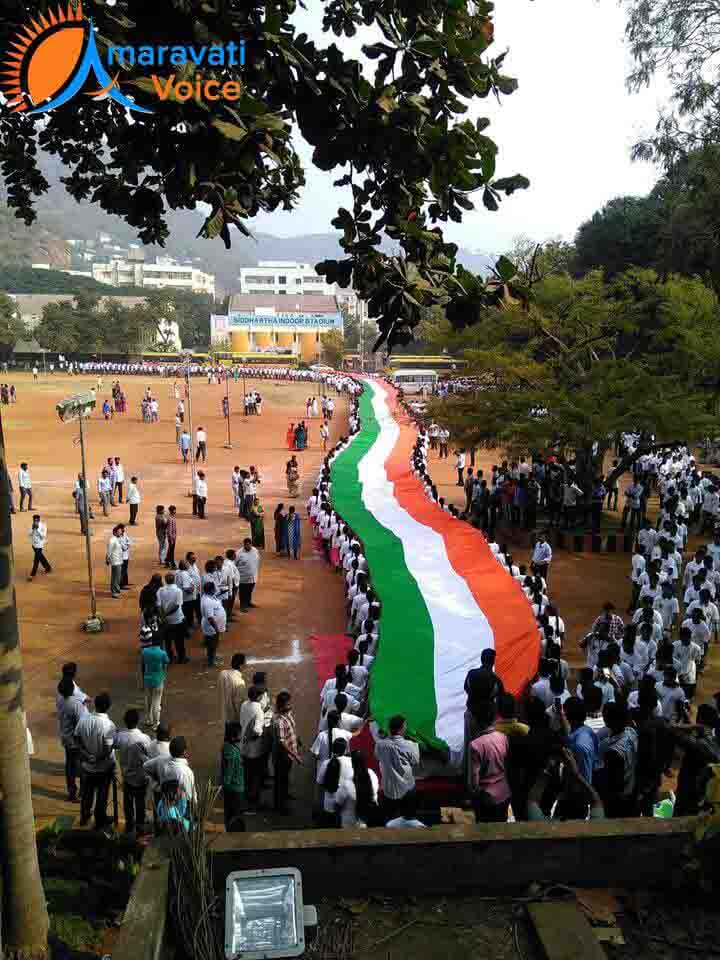 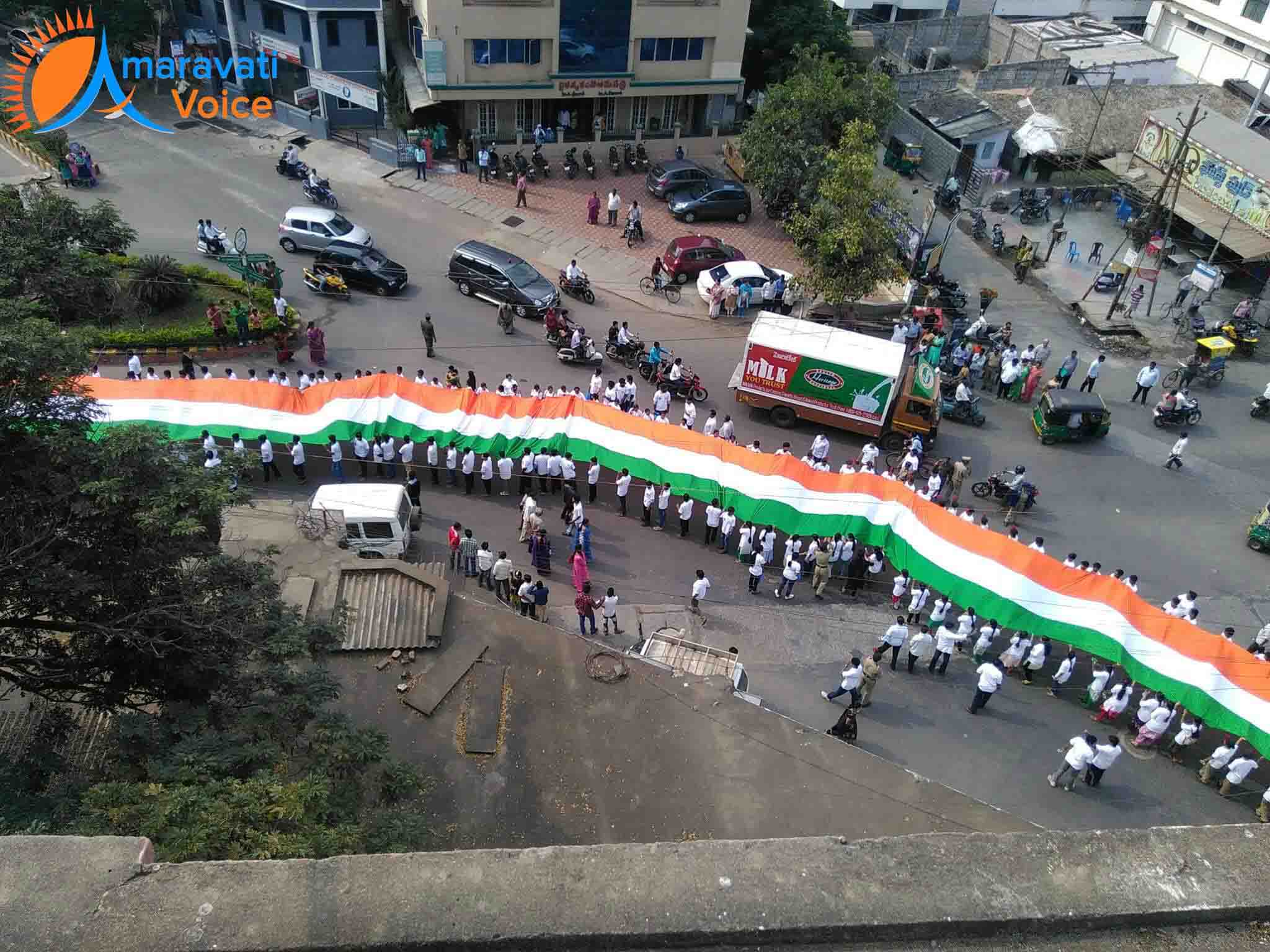 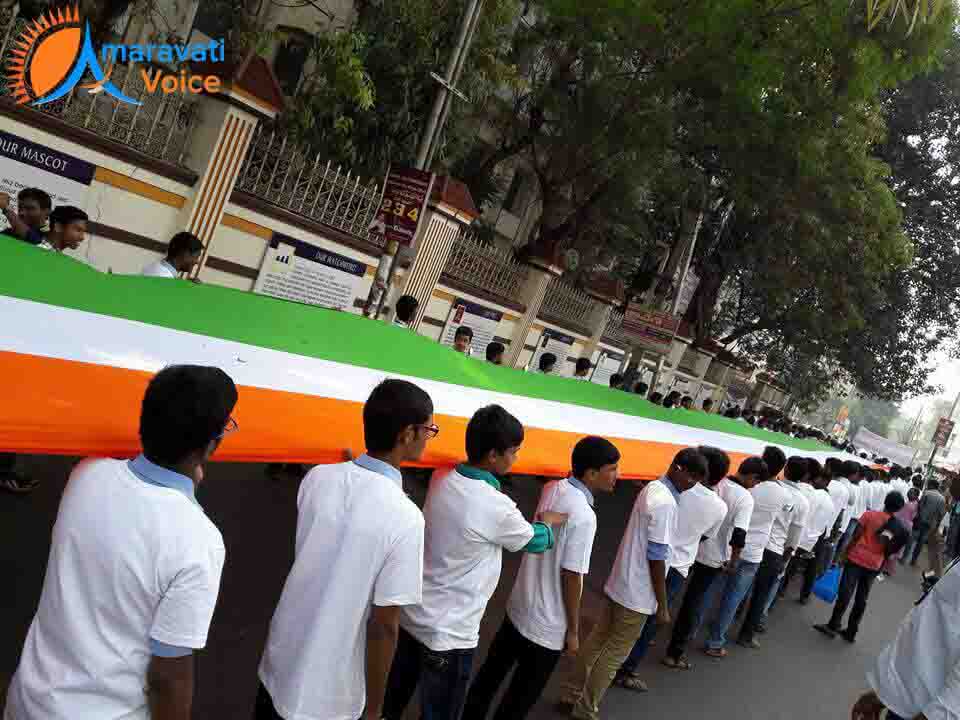 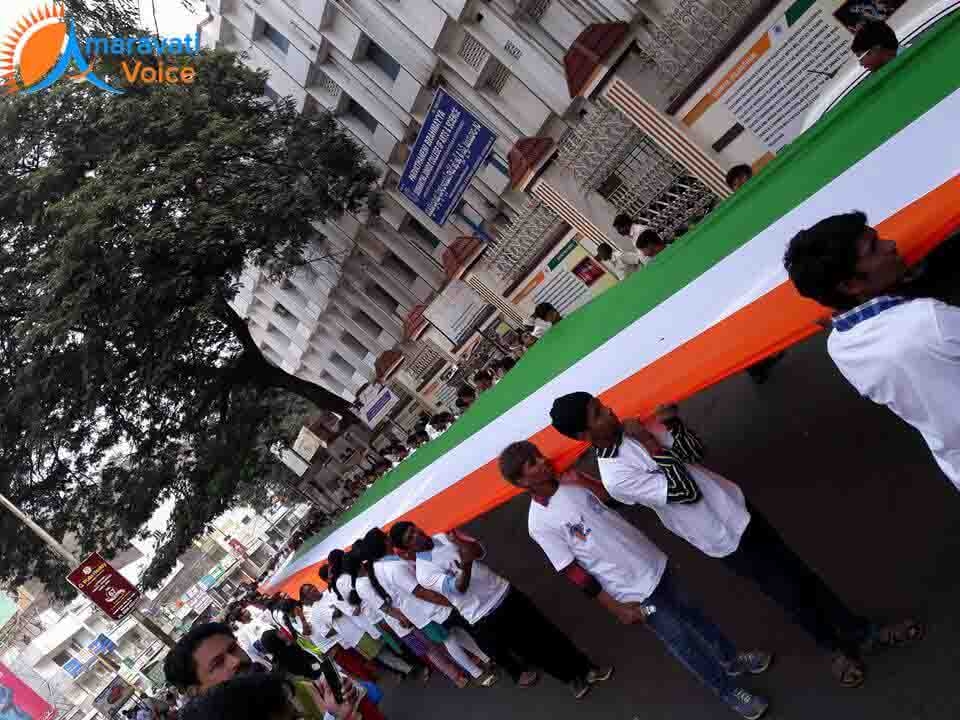