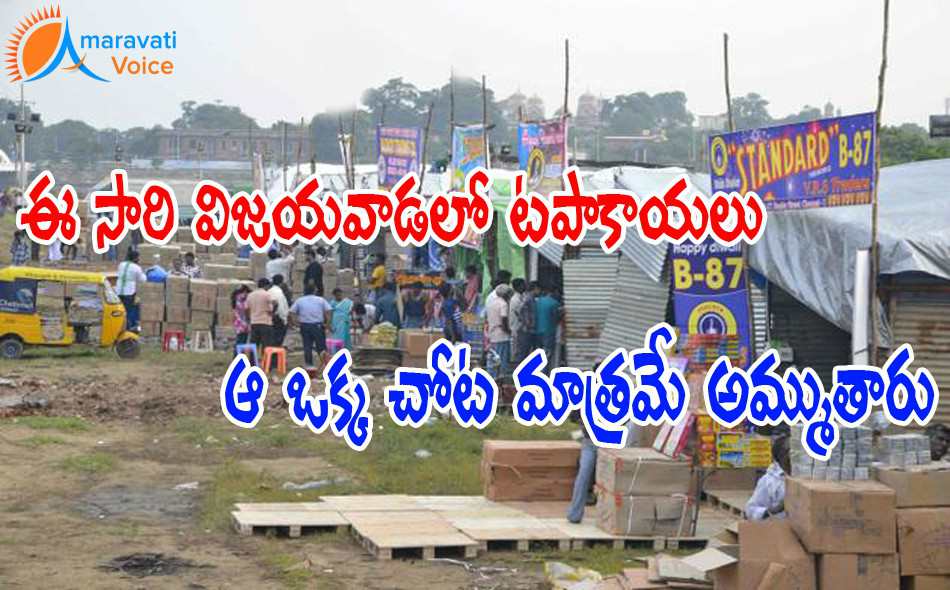 Vijayawada Municipal Corporation, is arranging fire cracker stalls at Bhavani Ghat in Bhavanipuram to mark the Diwali festival. The stalls will be available from October 17 to 31 at the Bhavani Ghat, said the VMC in a press release. Sale of fire crackers in any part of the city except Bhavani Ghat is a crime and strict action will be taken against the traders.

Earlier, the PWD Grounds were the venue for firecracker traders and it is to be easy for the citizens also as it is in middle of the city. Now, because of the Amaravati Festival, it is being shifted to Bhavanipuram, and it would be very difficult for the citizens to go all the way, in the heavy traffic. Citizens are requesting for an alternative, as Bhavanipuram is very long from the city.

This Time Fire Cracker Stalls in Vijayawada are at Bhavanipuram Last Updated: 15 October 2016