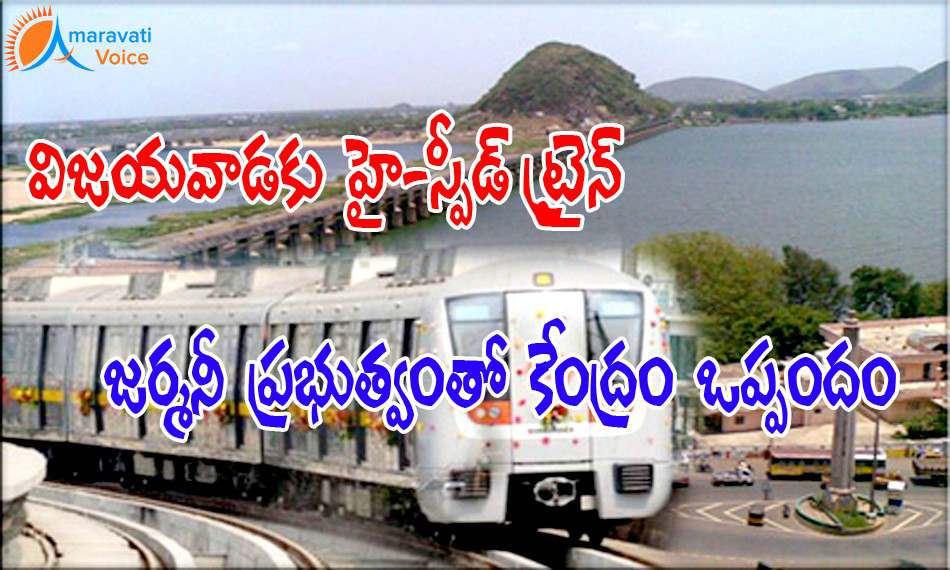 Indian Railways has ink a pact with Germany for running high-speed trains in the country. The MoU will be signed between Indian Railways and DB Engineering and Consulting GmbH.

According the Memorandum of Understanding (MoU) signed, Vijayawada would be getting a high-speed train and this train which has the speed of 300 Kms per hour will be travelling from Mysore, Bengaluru, Chennai and Vijayawada. Initially the corridor is between Mysore and Chennai only, but due to pressure from Suresh Prabhu who is representing from Andhra Pradesh as Rajya Sabha MP, has requested Germany to extend this till Vijayawada.

The funding of this project would be provided by Germany government and the initial works relating to this Vijayawada-Mysore corridor would be starting from January 2017.

Vijayawada to get High Speed Train, with Support of Germany Last Updated: 14 October 2016