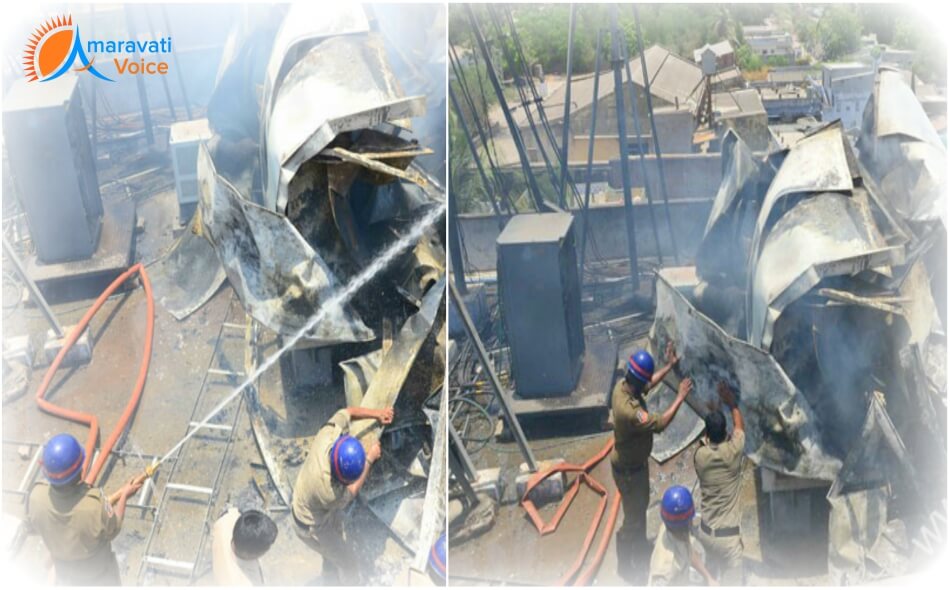 Cell tower has blasted in Vijayawada, near Kamayyatopu. The cell tower which is placed on an apartment has burned to ashes completely. According to the initial reports, it is due to short circuit.

Immediately fire engines have been called and the fire is brought into control. Police also rushed to the spot and investigating the cause of the blast.