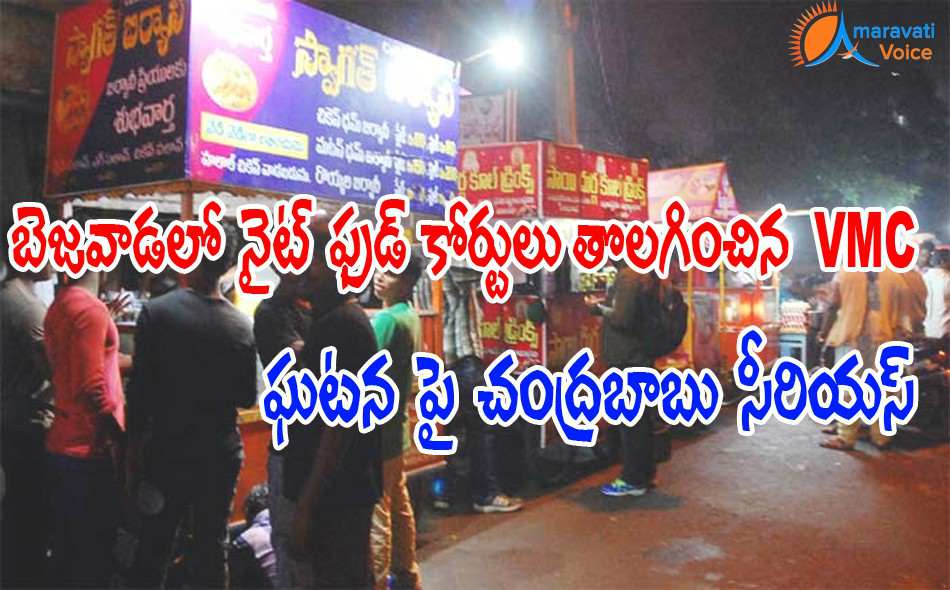 Tension gripped the Indira Gandhi Municipal Stadium area on Sunday night after the municipal corporation officials allegedly attacked four women, who run food stalls on the food Court street, while trying to evict them from there.  Trouble began when the officials directed the women in question as well as the other food vendors on the street to vacate the place and put up their stalls at the Padmavathi Ghat.

The vendors objected, prompting the officials to seize their cooking material and push carts. The officials parked the carts in the stadium and locked the gates of the venue. The vendors, taken aback, staged a protest and entered into an argument. The officials Wanted to shift food vendors to the Padmavathi Ghat so that business at the Amaravathi Shopping Festival at the nearby PWD grounds is most affected.

Vijayawada Municipal Commissioner G Veerapandiyan visited the spot soon after the trouble broke out. The vendors staged a protest in front of him. "We had issued notices to all vendors to shift their stalls to the Padmavathi ghat permanently. This is not only about the shopping festival, but also traffic congestion, poor Sanitation and several other problems," Veerapandiyan, said. The civic officials maintained that they had issued prior notices. But, owners of one of the stalls, lamented, "We were not informed. We haven't received any such notices."