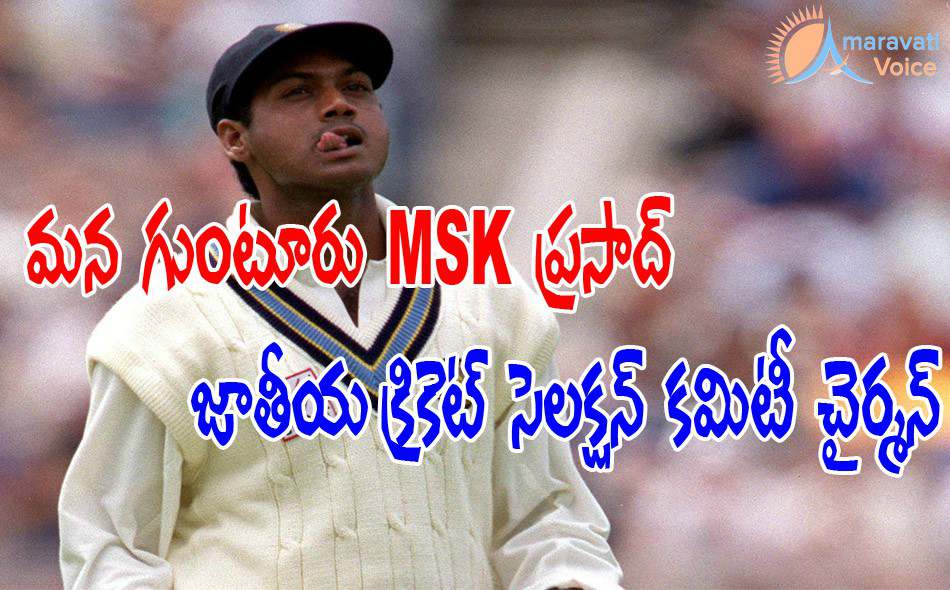 There is something to cheer-up for Telugu People, where Guntur's, M.S.K. Prasad, Former India wicketkeeper was nominated as chief selector of the Senior National Selection Committee at the BCCI annual general body meeting held in Mumbai.

The Guntur-born became a national selector in 2015. He has also served as selector for the India U-19 team.