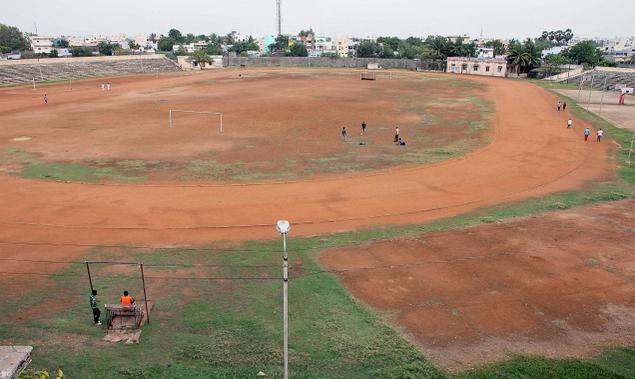 BR Stadium, in Guntur which is of 22 acres, is said to be the biggest stadium in Andhra Pradesh and it has history of creating many national athletics and various competitions. The stadium also has facilities of Tennis court, indoor stadium, football facility, volleyball courts and also basketball courts.

Recently Rs.8 crore has been sanctioned by the government for renovation.

Vijayawada Indira Gandhi Municipal Stadium came into competition, but as it is used for multipurpose other than sports, it is not accepted by the authorities.