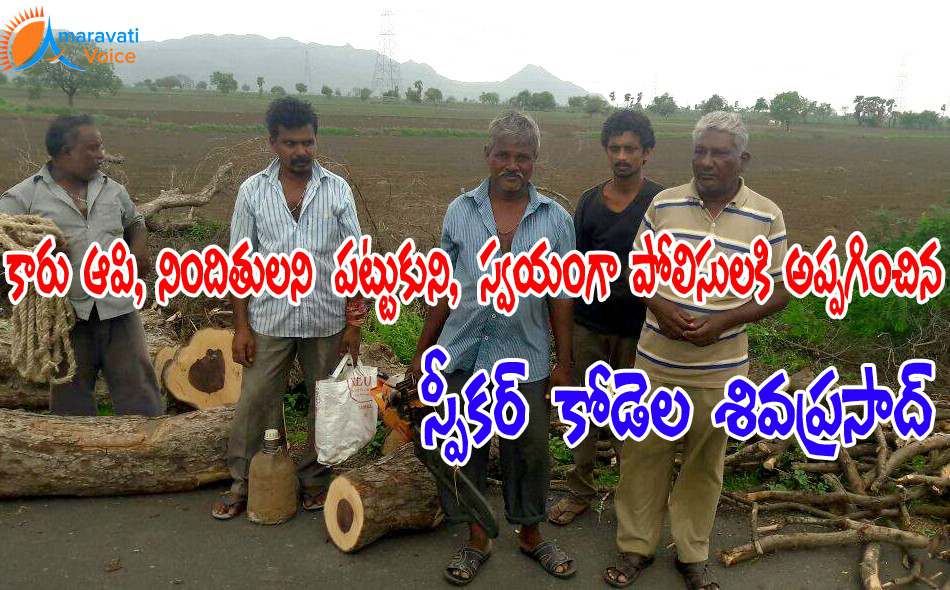 Andhra Pradesh Speaker Kodela Siva Prasad has caught illegal wood cutters in Guntur and handed them over to the police. Speaker Kodela was on his way to Narsaraopet from Guntur. On the way he noticed huge number of trees being cut down. On the way he found that, some people are cutting the trees which are of more than 100 years of age. Speaker has stopped his convey and went to them to ask, but they tried to run away. Security persons have caught them and upon confrontation they revealed that they were wood smugglers.

Speaker has handed over these smugglers to the police. Investigation is going on.