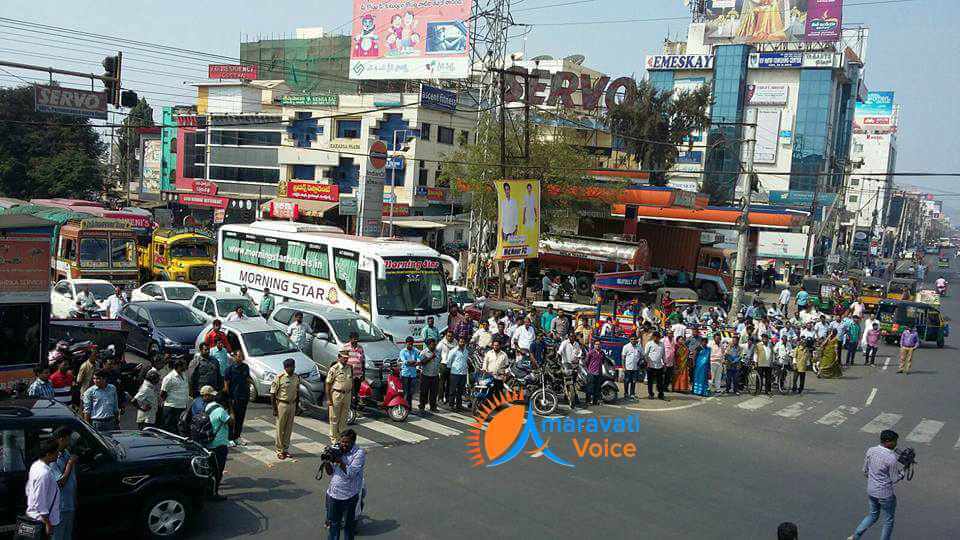 All the Traffic is stopped on Vijayawada Roads from 11.00 AM to 11.02 AM on the eve of Martyr's Day. All the traffic moment has been stopped, as per the central government order. A two-minute silence has be observed across the state on the occasion of Martyrs' Day. All-India radio has also suspended broadcast for two minutes. Trains scheduled for departure at 11 AM has be detained for two minutes at their respective stations. The same is case with flights and ships. Many schools and colleges, offices also have maintained the two minutes silence.

Every year, homage is paid to Martyrs who laid down their lives in India's freedom struggle by observing two minute silence on January 30.