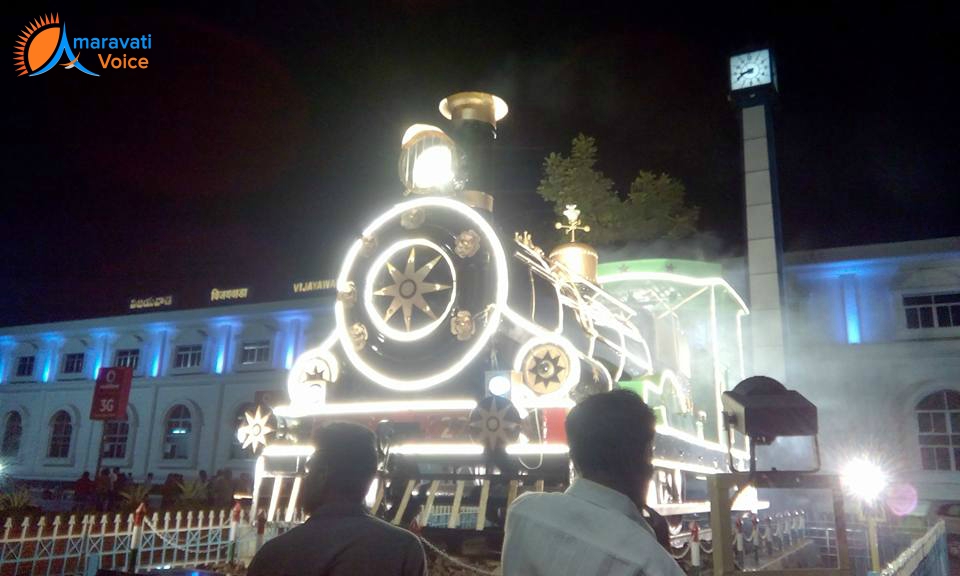 Don’t think this is real; this is the demo rail engine which you see outside Vijayawada Railway Station. This is established in 1996, before the clock tower. This rail engine is a demo of rail engine named "Fairy Queen" which used to run in 1906.

Yesterday the Vijayawada Railway Authorities have given life to this Rail Engine. They have painted this and added a Boiler Inside the engine and started this. This has resembled as a real engine, which blew thick smoke through its chimney with a loud sound. Now this resembles like a real rail engine. 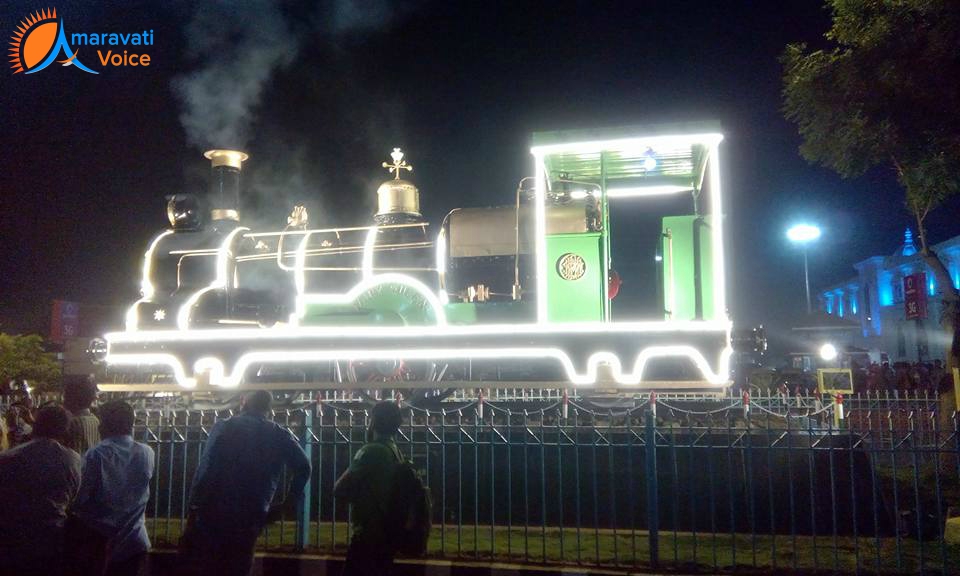