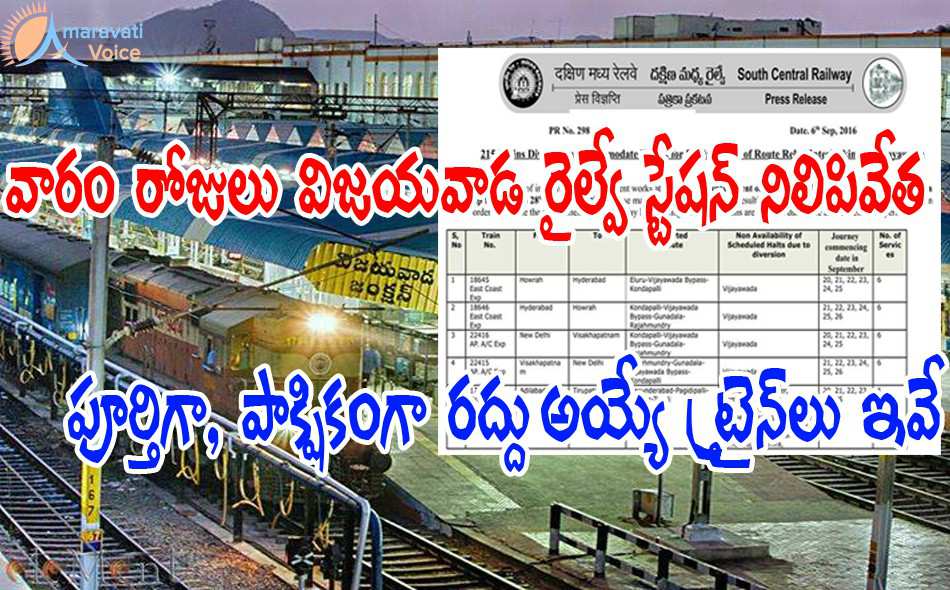 As part of infrastructural development works at Vijayawada, replacement of Route Relay Interlocking (RRI) is being taken up from 20th to 28th September, 2016. These major development works are resulting in imposing of Traffic Block / Power Block. In order to execute the replacement of Route Relay Interlocking works, 215 trains are diverted during the above mentioned period. Another 241 Trains are Cancelled & 361 Trains Partially Cancelled due to RRI work at Vijayawada. 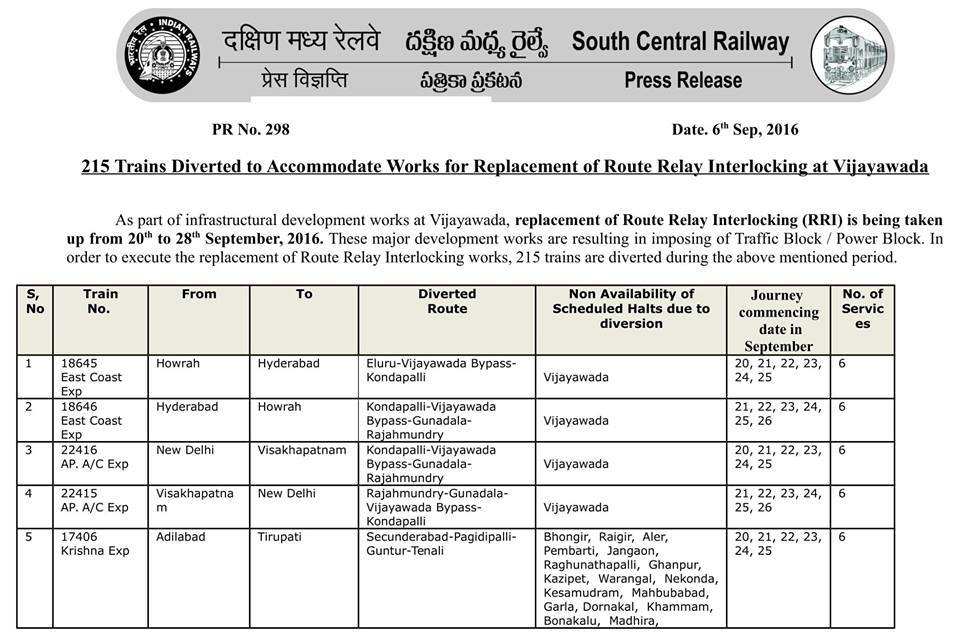 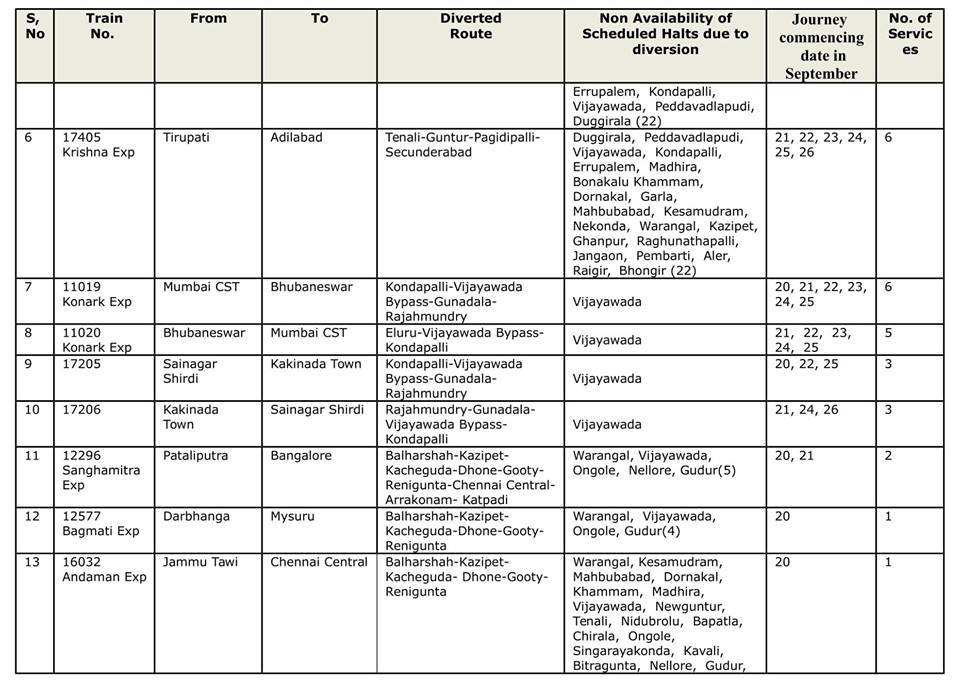 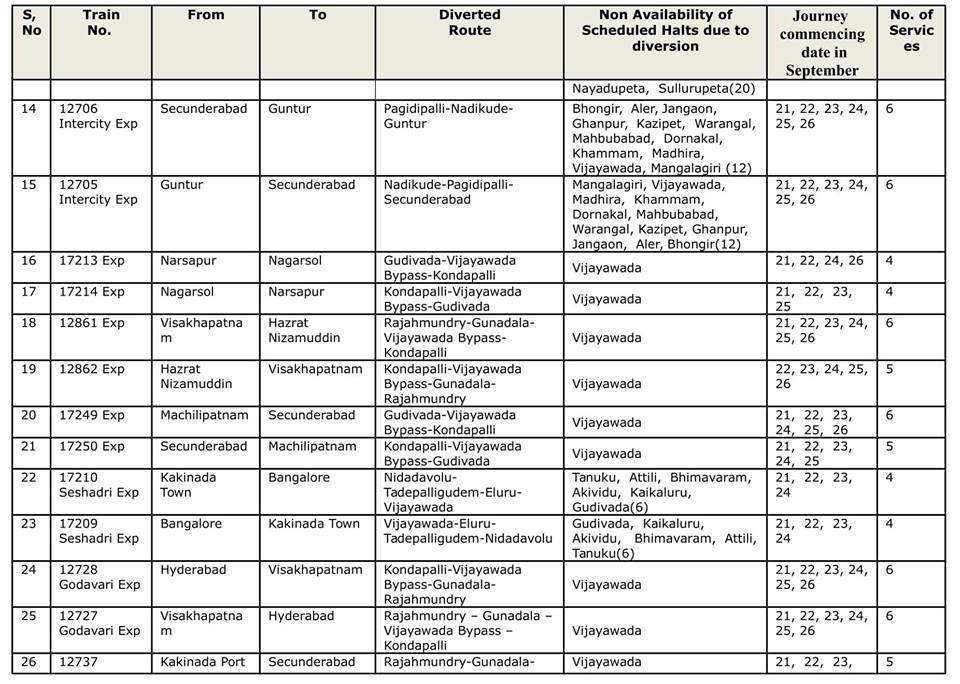 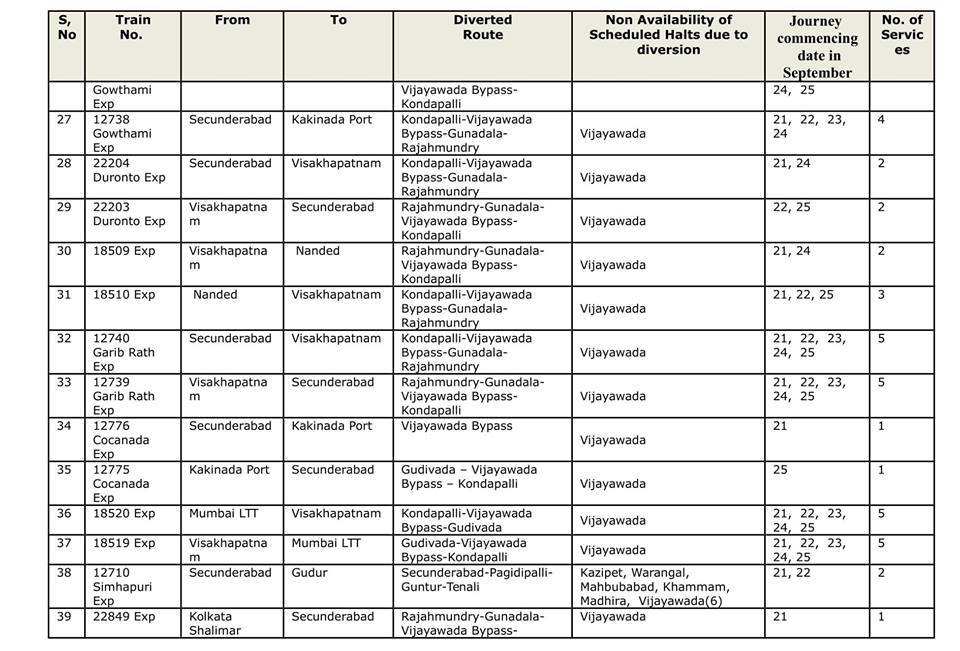 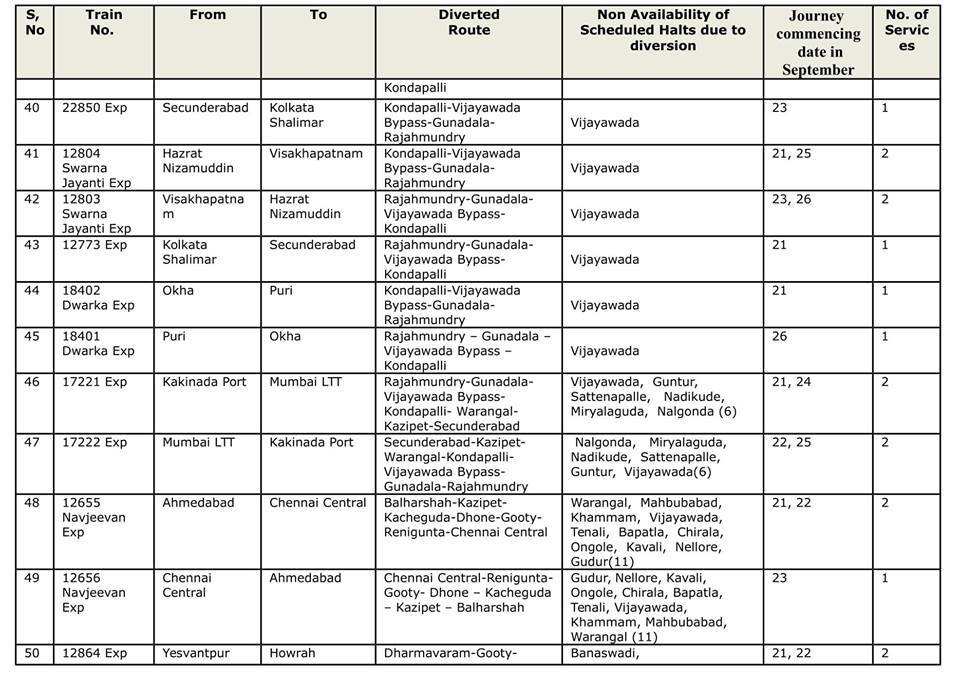 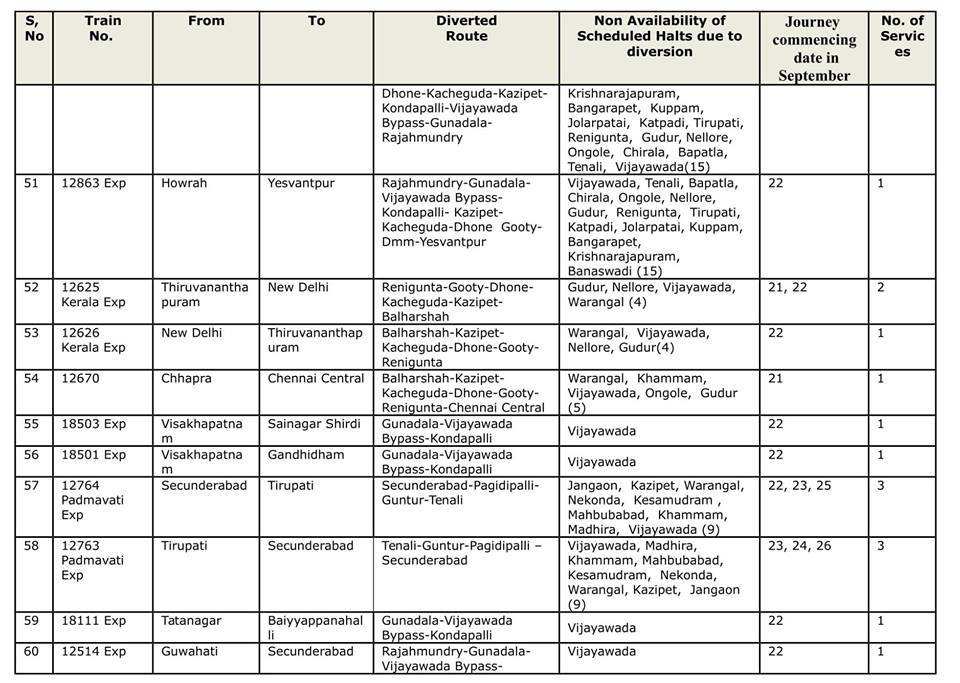 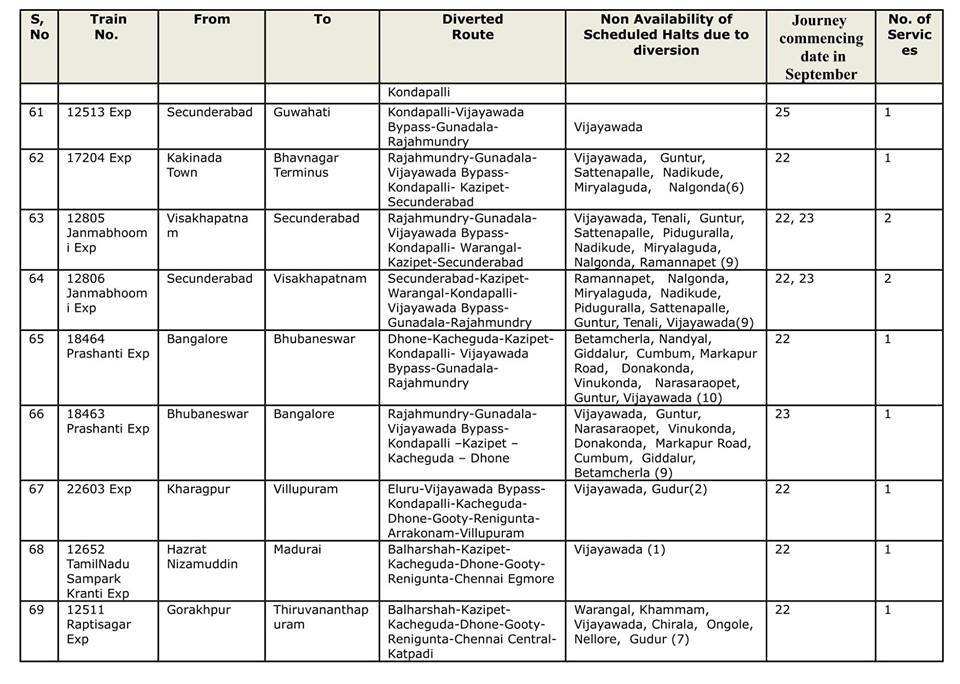 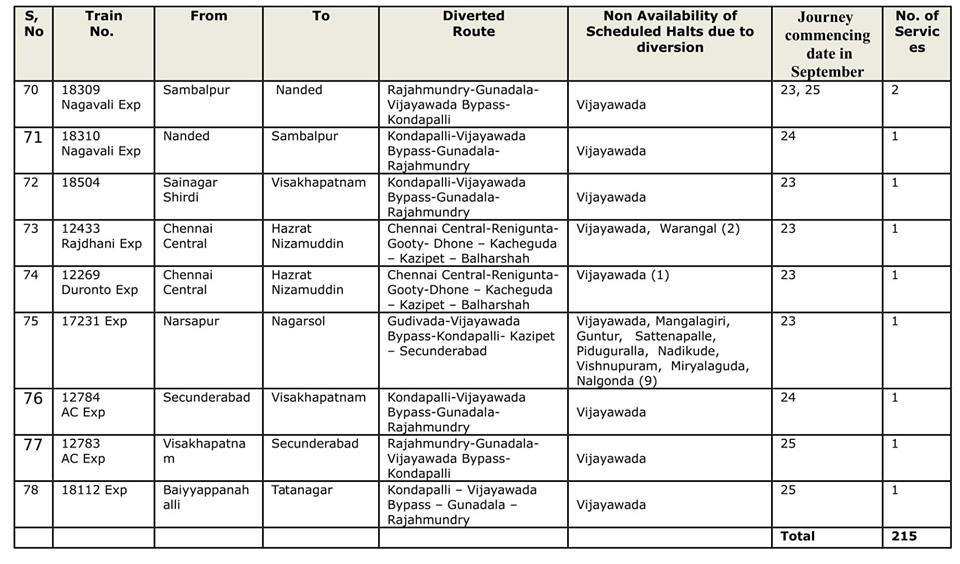