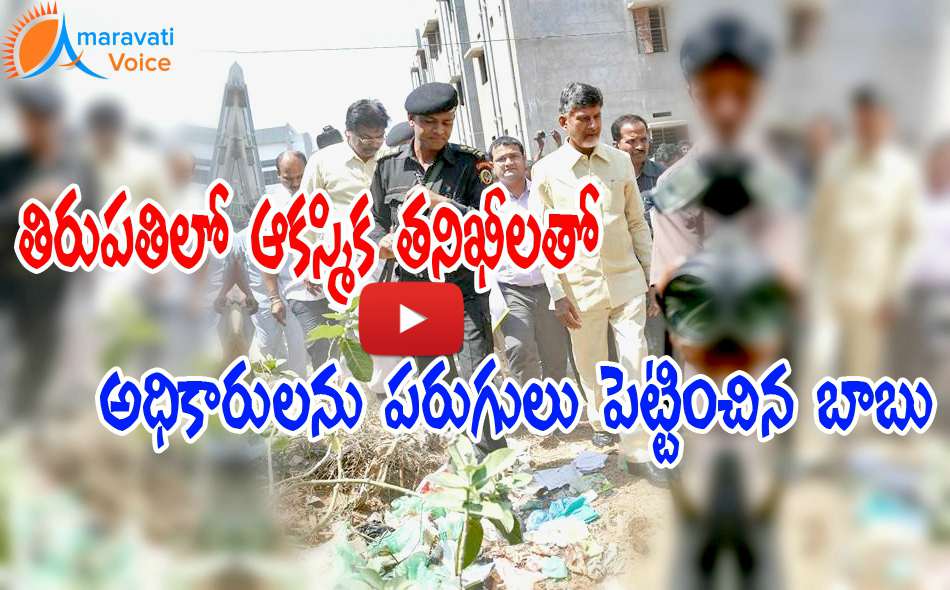 Andhra Pradesh Chief Minister Nara Chandrababu Naidu is touring in Tirupati. During his tour he has went on a surprise visit of Scavengers Colony. He has inquired from local residents about problems in colony. This colony is a slum which has around 300 huts. The residents have told their problems which they are facing to Chief Minister.

Chief Minister has assured them that, he will take care of their problems and construct pacca houses.