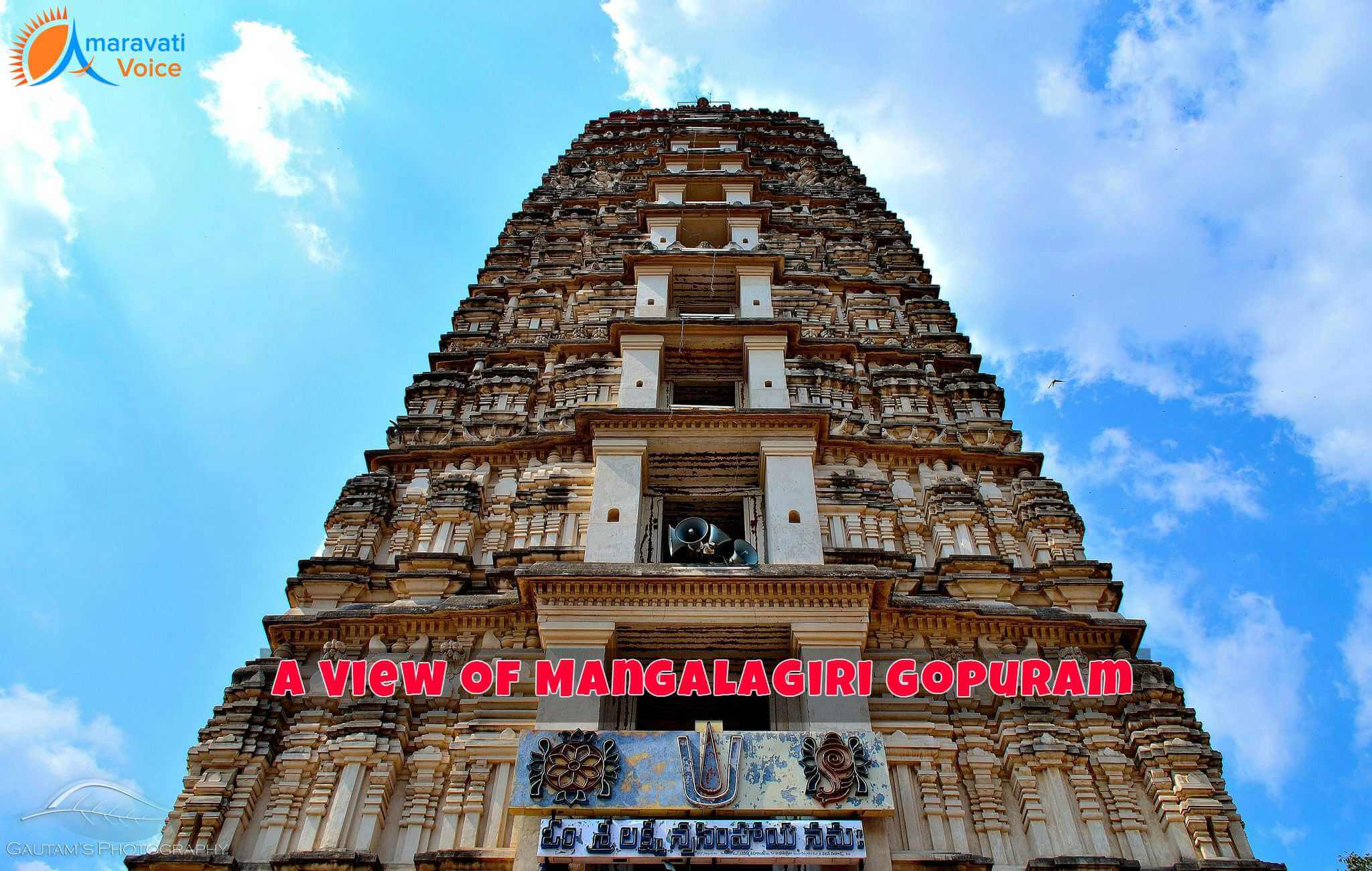 Summary: Some people ardently follow the Lord Maha Vishnu and if you are one such individual, you should make your visit to this temple with the incarnation of this god as the main deity.

The Panakala Lakshmi Narasimha Swami Temple is situated at a distance of about 13 kms from the city of Vijayawada. The lord is offering blessings to the devotees from atop, the Managalagiri. The term ‘Mangalalagiri’ denotes auspicious hill and this hill is called by other name ‘Bhimadri’ as well. This name is given because the eminent Bhima one of the brothers of Pandavas is known to have worshipped this lord. 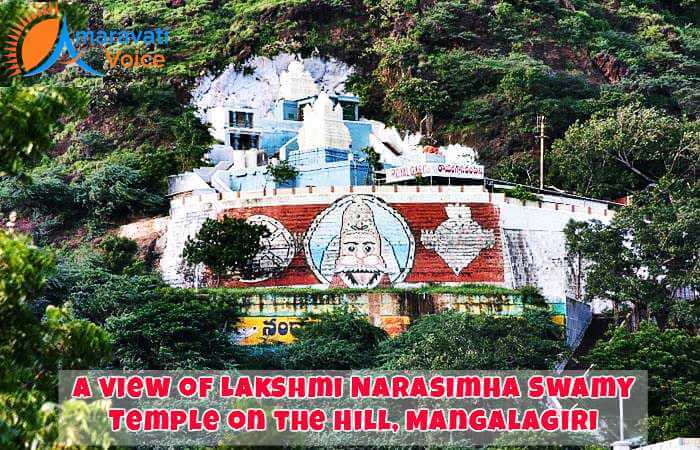 What is special about Managalagiri?

This place holds the pride of being one of the 8 important Mahakshetrams, where the Lord Maha Vishnu manifested himself. The former name of this hill was Thothadri. The reason behind the name of the hill is that Lakshmi Devi is known to have conducted tapas in this hill and to denote her the term ‘mangala’ was attached to the term ‘giri’, which means mountain. Another significant thing about this hill is that it is in the shape of an elephant.

How the mountain came into existence?

It is stated that in ancient times, Pariyatra, a ruler had a son named Hrasva Srungi, who had some bodily issues. He is known to have visited different holy spots to get back his normal bodily physique and has visited Mangalagiri at the end. He is known to have stayed here for three years continuously, conducting hard prayers towards the lord. His father, the king came here to take the son back to the kingdom, but he ignored and stayed here in the shape of an elephant as he wanted to turn himself to be the house of Lord Maha Vishnu, who is in the form of Panakala Lakshmi Narasimha Swami. 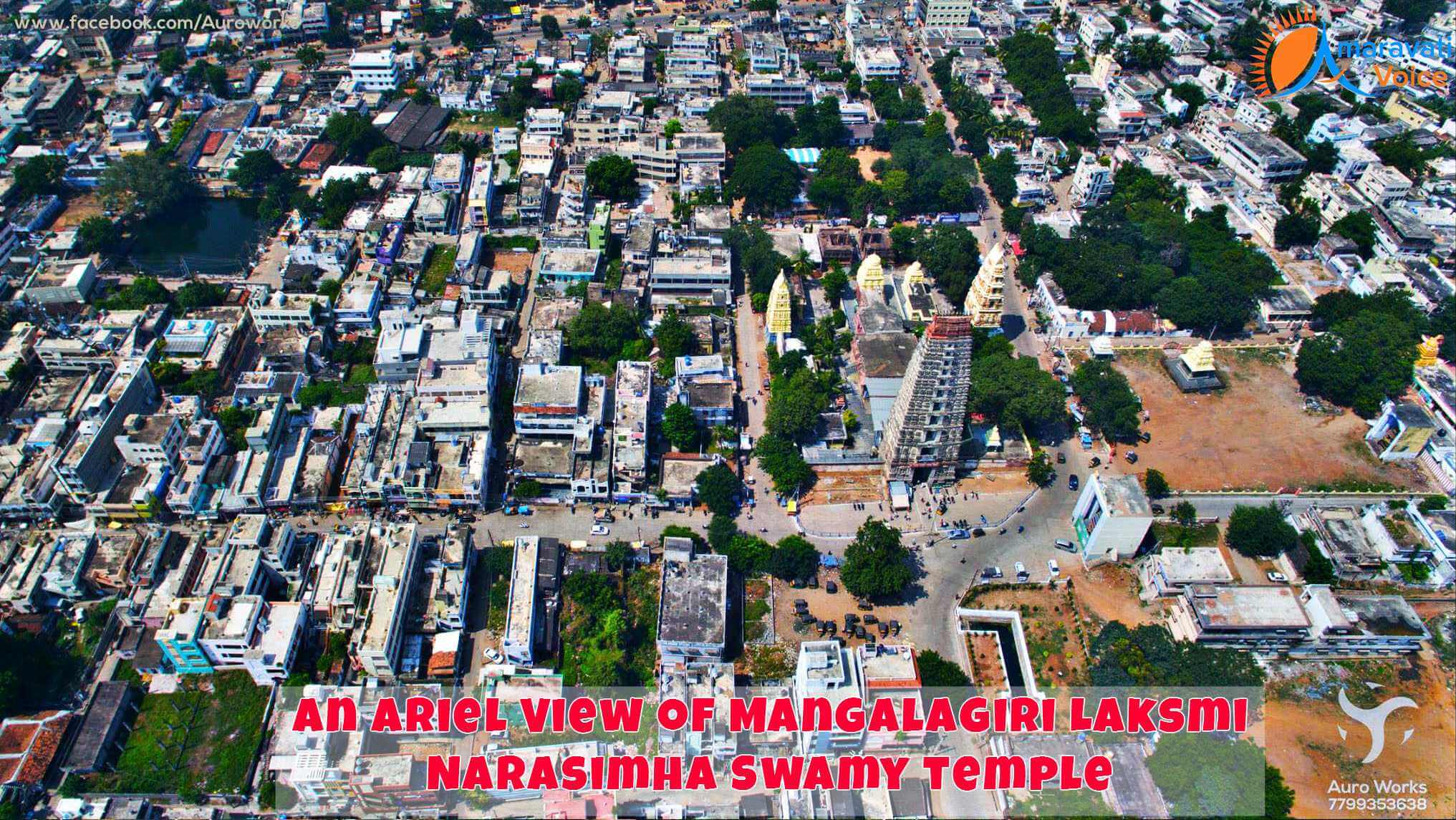 Some points of interest about the temple: 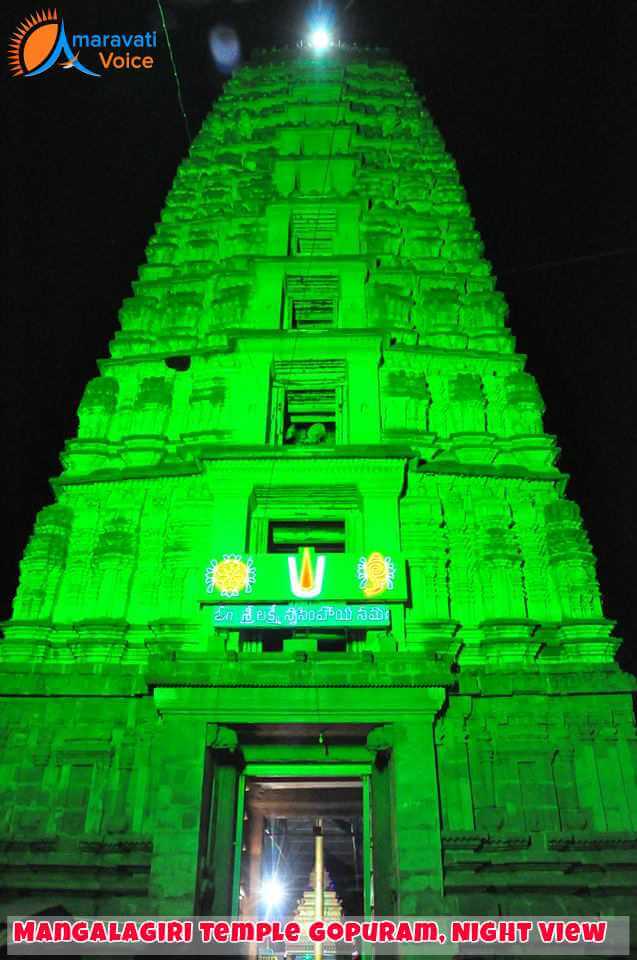 As mentioned earlier, this is on the top of the hill and there is no particular deity inside the temple. But, there is a provision for lighting lamp. It is believed that when people visit this place and light a lamp with ghee, all their troubles will go away.

The history behind the temple states that Namuchi, a demon after conducting hard prayers towards Brahma deva got a boon that he should never be killed by anything that is dry or wet. After getting this boon, he started to show his arrogance and started harassing Indra and other devathas. Indra went to Lord Vishnu to seek his help to get out of the trouble created by Namuchi. With the support and encouragement of Lord Vishnu, Indra started to destroy the army of Namuchi, who was living in a small cave. Indra dipped sudarsanam, which is the weapon of Lord Vishnu in the foam of the ocean and sent it into the cave. The lord manifested himself at the centre of the weapon and destroyed the life breath of Namuchi. He thus got the name as Sudarsana Narasimha. The blood that flowed from the body of Namuchi is known to have dropped into a pool, which is still found at the foot of the Mangalagiri. 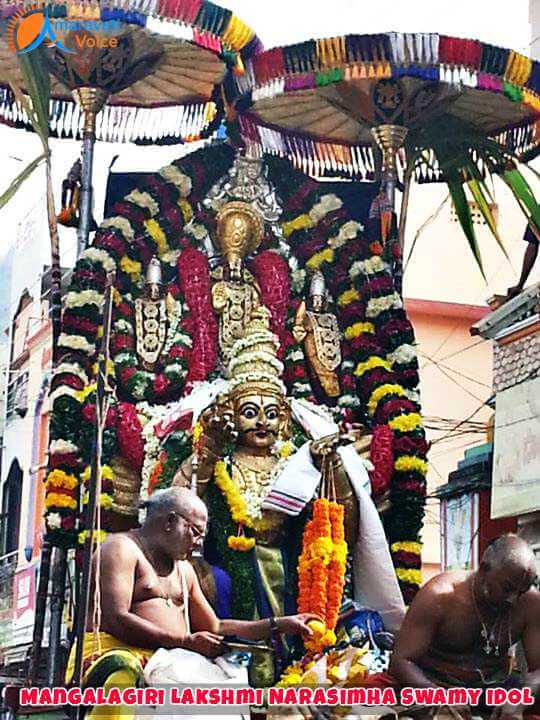 After killing the demon, the lord was angry and ferocious in the form of lion and he was cooled down after the prayers of devathas and the lord took nectar for cooling down. All these things happened during the krithayugam. Then, the lord said during the threthayugam, he can be cooled down with ghee, while in dwaparayugam, it will be possible with milk. During Kaliyuga, the lord is cooled down with panakam or jaggary water. This is the reason behind his name Panakala Lakshmi Narasimha Swamy during this kaliyuga.

It is believed that the god is self-manifested and as mentioned earlier, the lord just has a face with wide open mouth. The mouth is covered by metal face and the temple is kept open until afternoon only. The reason is that it is believed that during devatas will be performing their pujas towards the lord at night times.

Unless and until you make your visit to the temple, it will be hard to believe that the lord actually drinks the jaggery water offered to him. Yes, it is poured into the mouth of the lord and the gargling sound will be clearly audible and the noise will become shriller and shriller when the lord is drinking. The sound will stop after sometime and the remaining jaggery water is thrown out by the priest.

Even though, the jaggery water is offered to the lord for many times a day, it is not possible to find even a single ant near the lord or even around the temple. It is said that the hill was once a volcano and jaggery water is known to neutralize the sulphur compounds in the hill, thereby preventing volcanic eruption. 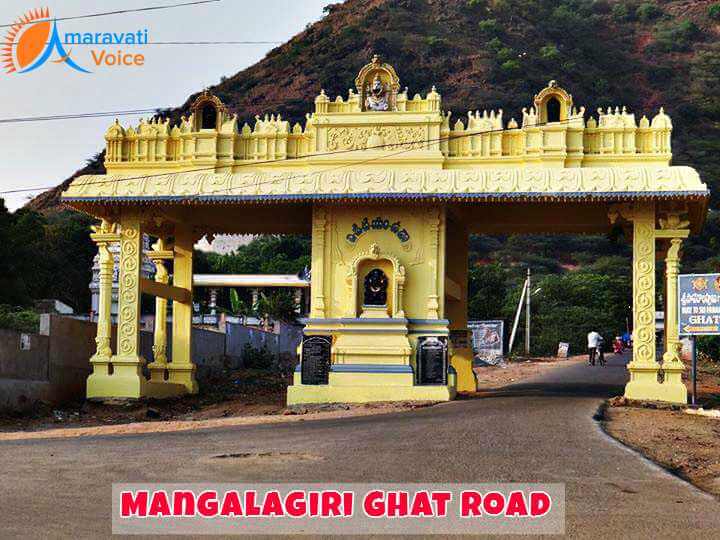 Are you interested to make your visit to this holy spot during your visit to Vijayawada? If yes, here are the details on how to reach?

Have the darshan of the lord and let all your wishes come true!