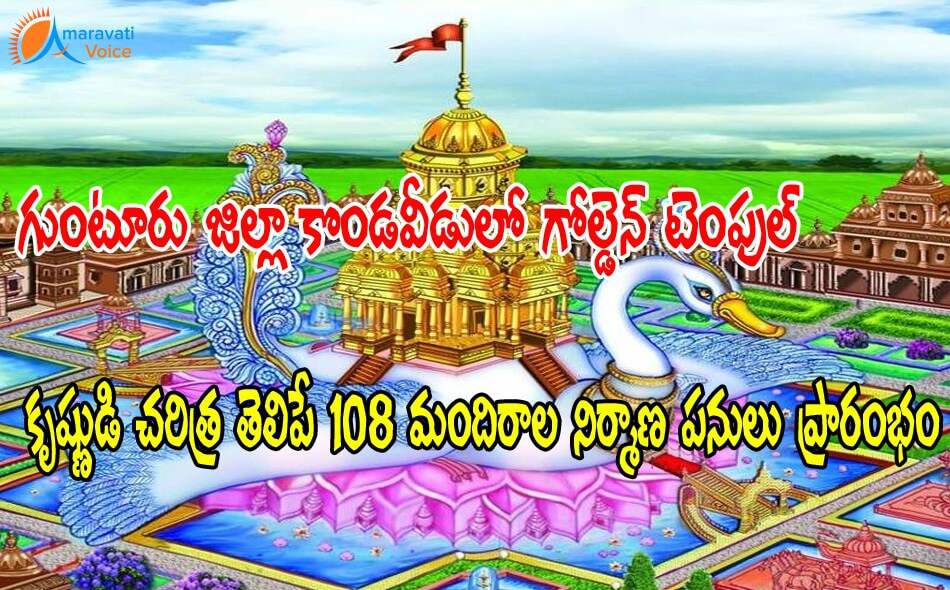 It is known that ISKCON (International Society for Krishna Consciousness) is constructing a golden temple with a cost of Rs.200 crore in Kondaveedu, Guntur District. The constructions works are started few months back and going on smoothly according to the plan.

The construction works of 108 mandirams are going on. In all these 108 mandirams, it will project the various phases of Lord Krishna. Mythological stories like ‘Godavardhanagiri’, ‘Geethopadesam’ etc.. can be known from these 108 manidrams.

The first phase works are expected to be completed within 2 years. The entire temple would be constructed with pink stone, which is imported from Rajasthan. The red sand of Rajasthan was used for these arches. Two audio-visual theaters, 4-D theatres would come, which would propagate Vedic knowledge. A musical fountain, Koneru, yagasala, medical centers and other attractions would be completed in the first phase.