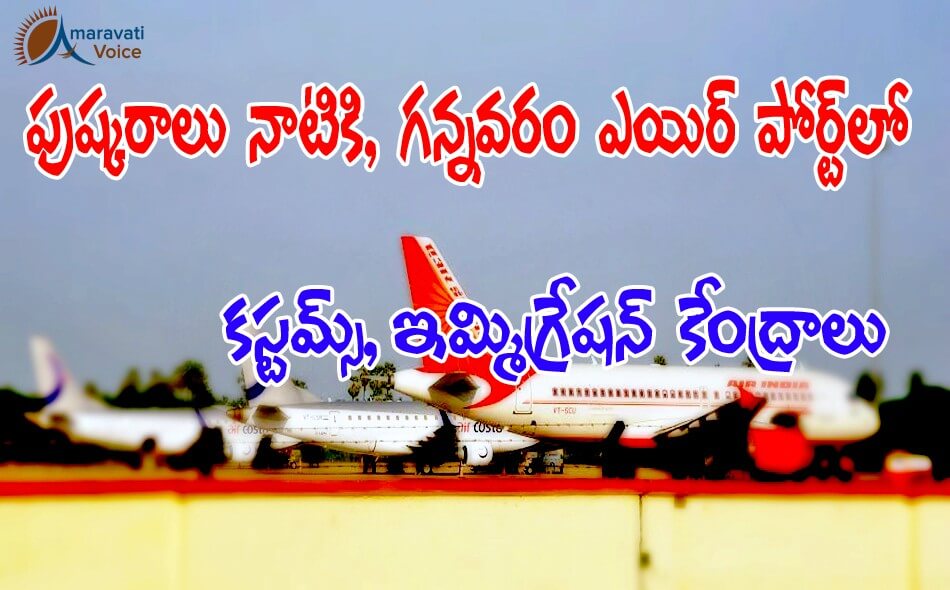 The Interim terminal building is going on under construction. Thought according to the plan it has to be completed by October, Chief Minister instructed to complete this by August, before the commencement of Krishna Pushkarams.

The interim terminal building was spread over 13,000 square meters and once the constructions is done, Immigration and customs desk will be setup at the airport. This will clear the route for international operations and the connectivity to other countries would be there from Gannvaram Airport.

Gannavaram airport traffic has increased significantly in terms of passenger traffic growth. It has increased by 64% compared to last year.

Immigration and Customs Desk for Gannavaram Airport by Pushkarams Last Updated: 26 May 2016