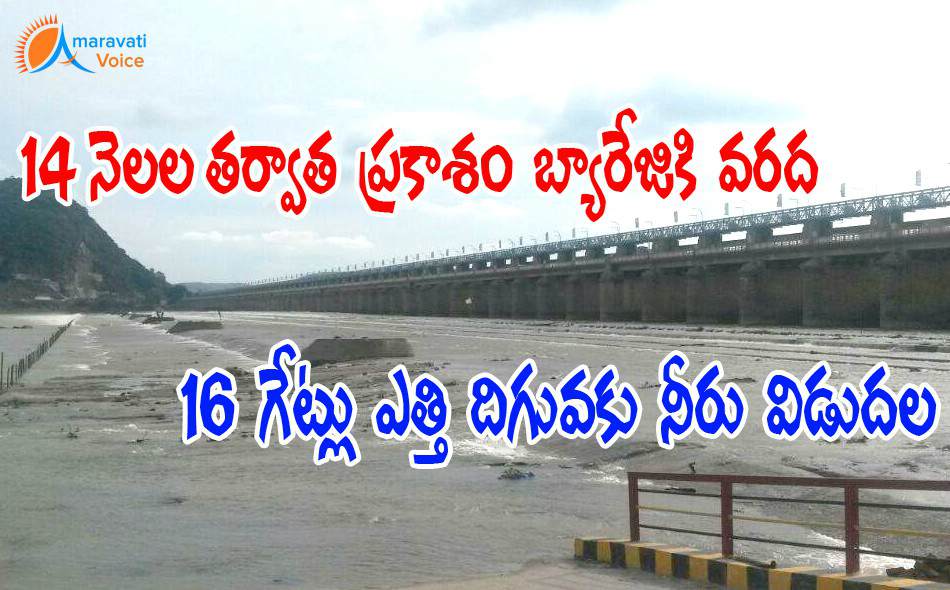 Irrigation officials has opened 16 crest gates of the Prakasam Barrage and released around 11,600 cusecs of water into the sea. At the same time 10,388 cusecs of water is released to the lakes. The inflow is around 19,392 cusecs.

At present, the water level in the Barrage is at 12 feet. Floodwater is expected to rise, as heavy flood is coming from rivulets and streams, upstream. The authorities expected that there will be further increase in flood water, in the coming days.

The Vijayawada Municipal Corporation (VMC) has warned the people living low-lying areas and asked to move to safer places or rehabilitation centres opened by the Corporation.