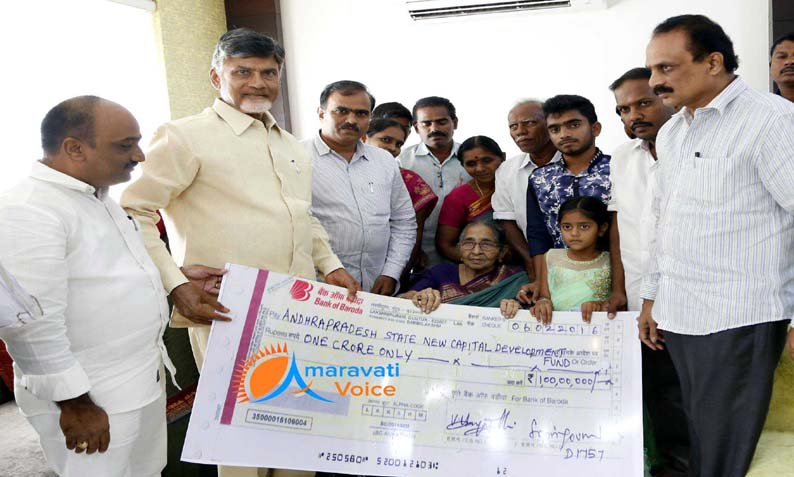 Muppavarapu Swarajyam, 80 years old woman has given a whopping One Crore donation for Amaravathi Capital Construction. Swarajyam is from Neerukonda village, Mangalagiri Mandal in Guntur District. She has already deposited the money in the bank. Today, she has met Andhra Pradesh Chief Minister in Vijayawada Camp Office, and personally handed over the cheque.

Swarajyam said that the she is inspired by the hard work of Chief Minister and she has got confidence that Amaravati would be world class capital and she is proud to be part of it.