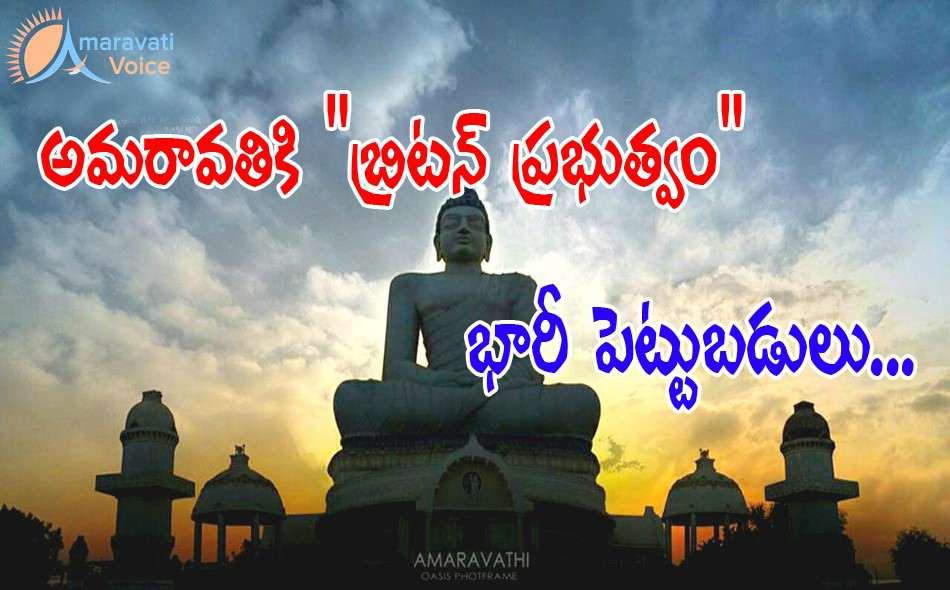 These funds will not only be helpful to infrastructure, but also provide loans to establish industries in private and public sector. Price Water House Coopers and Ernst & Young are going to act as a consultant for British government and they are going to study the requirements in Amaravati construction, Investment Opportunities and other basic things. These two consultants already started their exercise and also held a meeting with CRDA officials.

In the recent tour of Prime Minister Narendra Modi to London, British Government has shown interest to develop smart cities in India and they have selected Amaravati as one of the city. After the follow up tour of Mr.Naidu to London, British Government has shown special interest in Amaravati and offered the required help needed in all aspects of making Amaravati, a smart city.