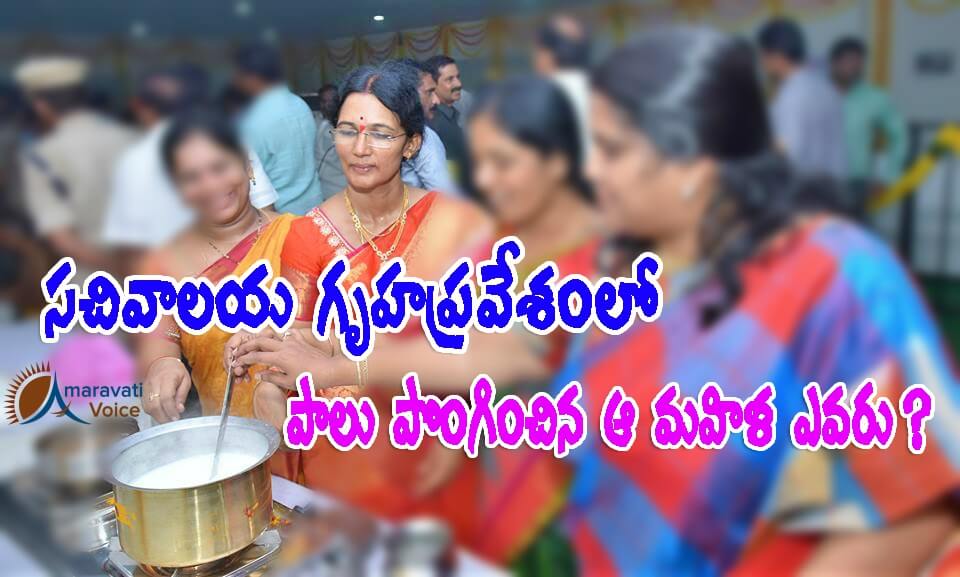 It is known that Andhra Pradesh Chief Minister Nara Chandrababu Naidu has inaugurated Secretariat Complex in Velagapudi at 4.01 AM today.

On this occasion government has shown its kind gesture towards the farmers who have sacrificed their lands for the dream capital. Government has selected Tullur Mandal Praja Parishad (MPP) Smt.V Padmalatha on behalf of all the farmers of capital region. She has performed all the rituals in the house warming ceremony like "Paalu Pongainchatam" "Making Payasam" etc... She has done all these with AP Mahila Ministers Peetala Sujata, Paritals Sunitha and other local leaders. Later Chief Minister has gifted her by giving new clothes.