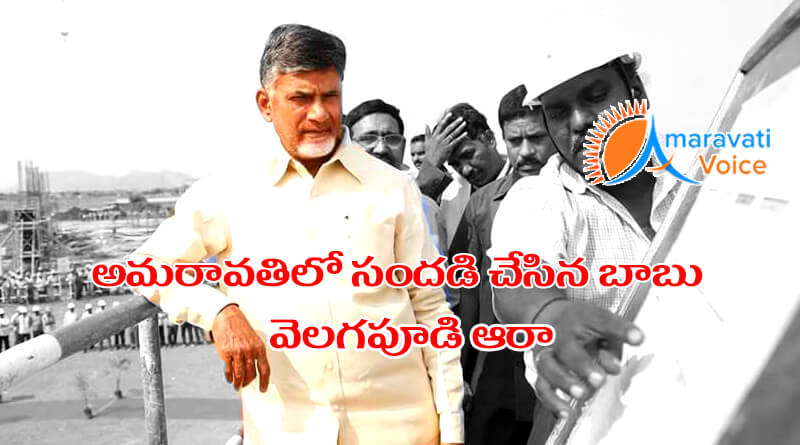 The Capital of AP is turning as hot topic in the news day by day. Wonders and miracles are starting up in India with the name of Amaravati. From the date of announcement to the day of laying foundation it turned up to be a hot topic and later stood in news when people opposed it as the government is moving up by taking the lands of farmers who are dependent on agriculture.

And today As known CBN released the master plan design of Amaravati . Chief Minister N. Chandrababu Naidu visited the construction site of AP Secretariat in Velagapudi of Guntur district to review the pace of works. The Chief Minister inspected the site and sought report on the progress of works. He urged the officials to complete work at the soonest possible date.

On the other hand government is looking forward to fill all its parts in construction. The L&T company too the project challenging and was working hard. CBN today showed his anger at municipal minster and municipal commissioner of  Vijayawada. Anyhow at last Chandra Babu made some free time to think of city in which he was moving said the people. The biggest fact that CBN spoke today is ELURU ROAD and Bandar Road (the regular ways that CM and other ministers pass by) only were clean. Will these acivvities turn up the works faster and make people satisfied remained question now