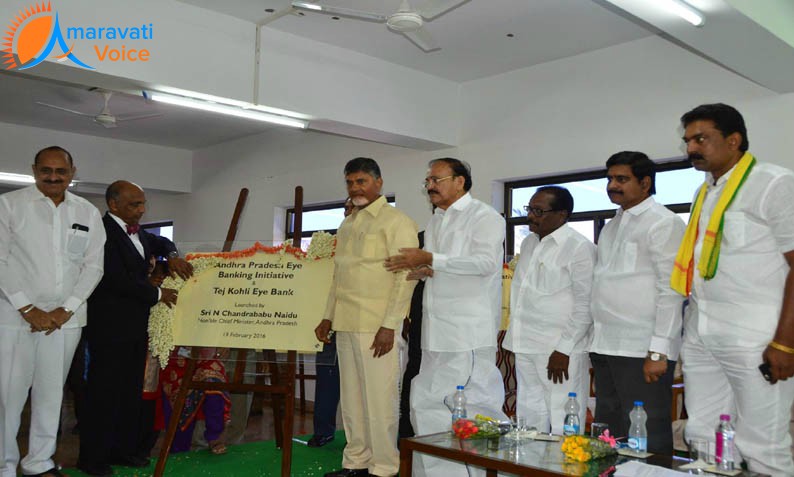 Marking the 5th anniversary celebrations of L.V. Prasad Eye Institute (LVPEI) at Tadigadapa, Chief Minister N. Chandrababu Naidu launched the Andhra Pradesh Eye Banking Initiative and inaugurated the Tej Kohli Eye Bank. The goal of this initiative is to make Andhra Pradesh free from Corneal Blindness by the year 2025. The Tej Kohli Eye Bank in Vijayawada is the fourth in LVPEI’s network of eye banks. Union Minister for Urban Development M Venkaiah Naidu, Minister for Health Kamineni Srinivas and other leaders participated in the event.

Speaking on the occasion, “Doing business in Singapore appears to be cost-effective than in Vijayawada and Guntur due to the land value inflation. Historically, land has been costly in Vijayawada. But if this trend continues, investments will not come. It has to be kept in mind that not many industries have moved to Vijayawada. Amaravati is poised to become one of the world’s best cities. Entrepreneurs from the region no longer need to look beyond the emerging capital city. However, the land issue has to be sorted out to enable them to play a catalytic role in development”, Mr. Naidu said, adding “land values had become a problem for me too as I look to develop Amaravati into a world-class city”