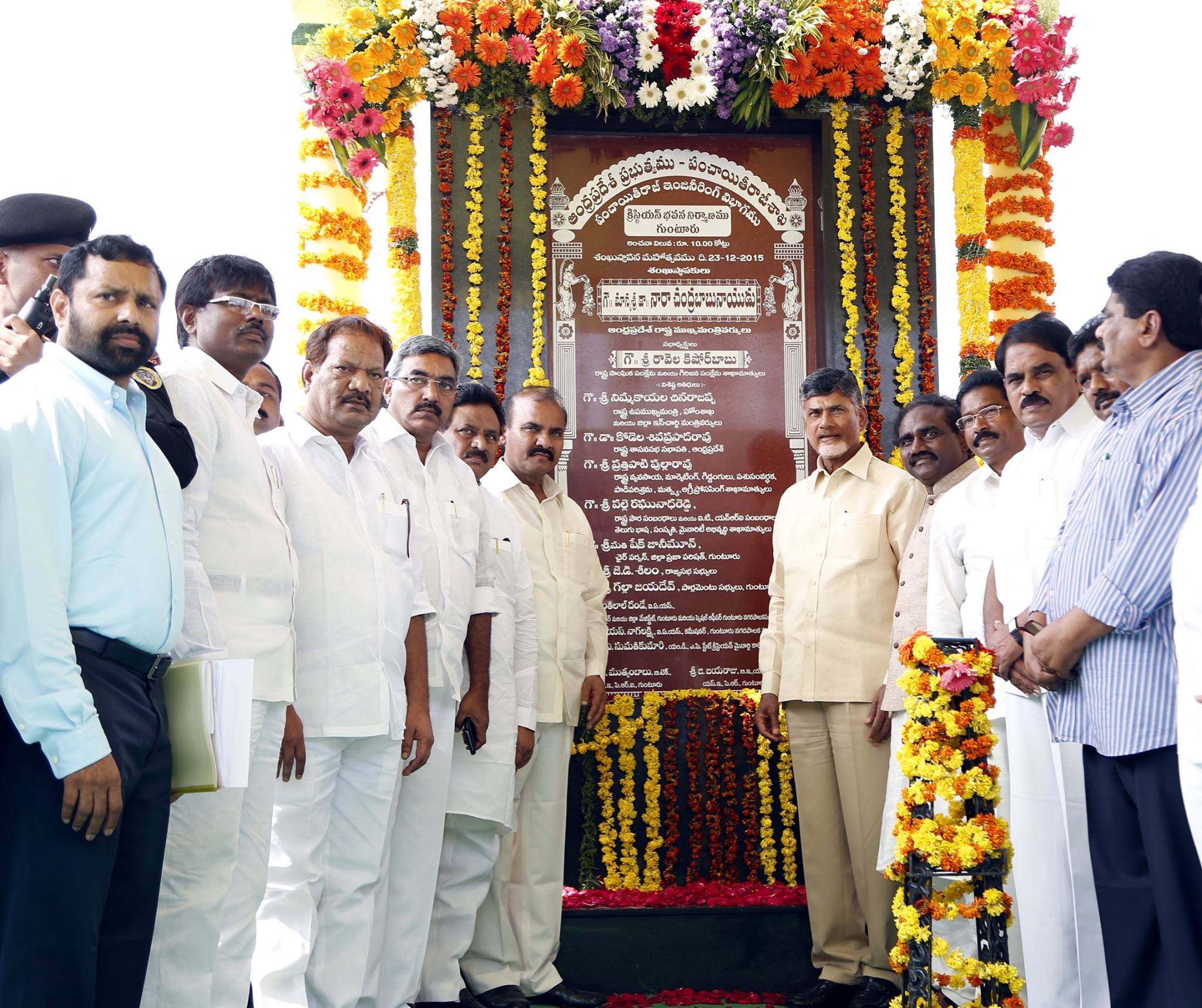 The Christian Bhavan will act as head office of A.P. Christian Minority Corporation. Also this is open for marriages, public meetings and other events for Christians. The State Government has initially released Rs.10 crore for Christian Bhavan. CM Promised to complete the work by next Christmas. The CM said that his government offered festival special ration to the poor from all communities.