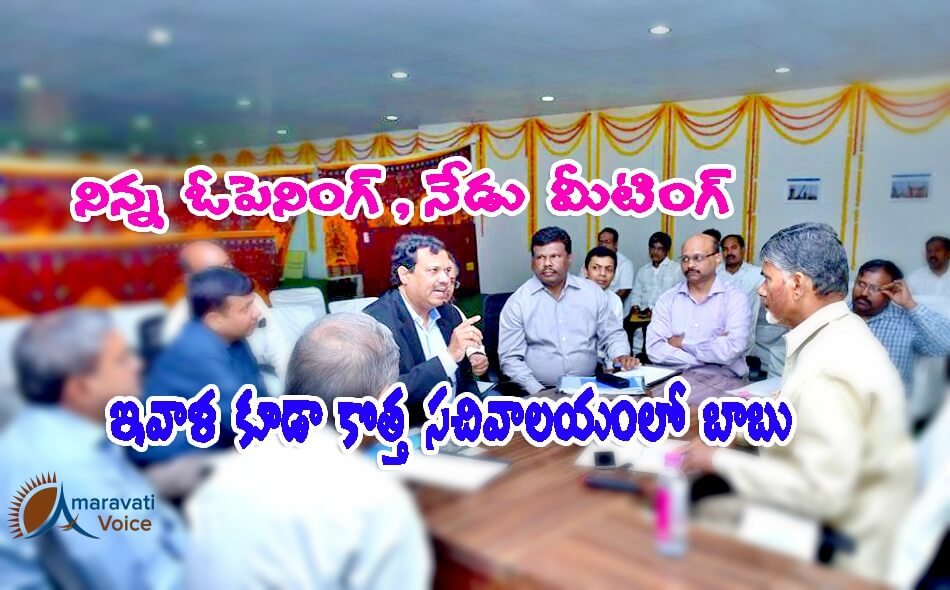 Chief Minister Nara Chandrababu Naidu, today also visited the new secretariat, which he has opened yesterday. He has spent around one hour in the room where he has done the holy rituals yesterday in his chamber. He has examined some files and cleared them. He has also participated in a meeting with ADB Bank and also discussed about Metro Rail.

He has came the second day because pandits told not to have "Dwiteeya Vignam" and told to participate in some programs on the second day also in the secretariat.