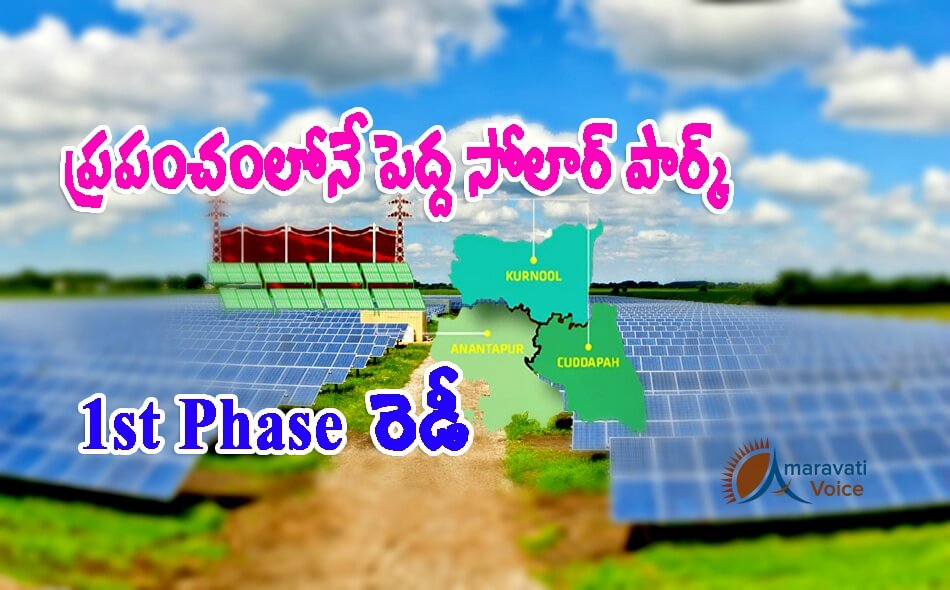 AP Transco has been executing work on behalf of APSPCL. The Ultra Solar Park would generate another 50 MW by August. In the second phase, 750 MWs of solar power is scheduled to be commissioned by 2017 April. The successful taping of solar energy would help to provide power to agriculture during the daytime. The Transco authorities said the mega project would also spend about Rs.15 crore for a period of five years as corporate social responsibility

AP government energy secretary Mr Ajay Jain said that the biggest solar power park in the world would be established in AP After releasing the government's vision document om power supply, he said that 4,000 mega watt solar power would be generated from plants being setup in Anantapur, Kadapa and Kurnool.