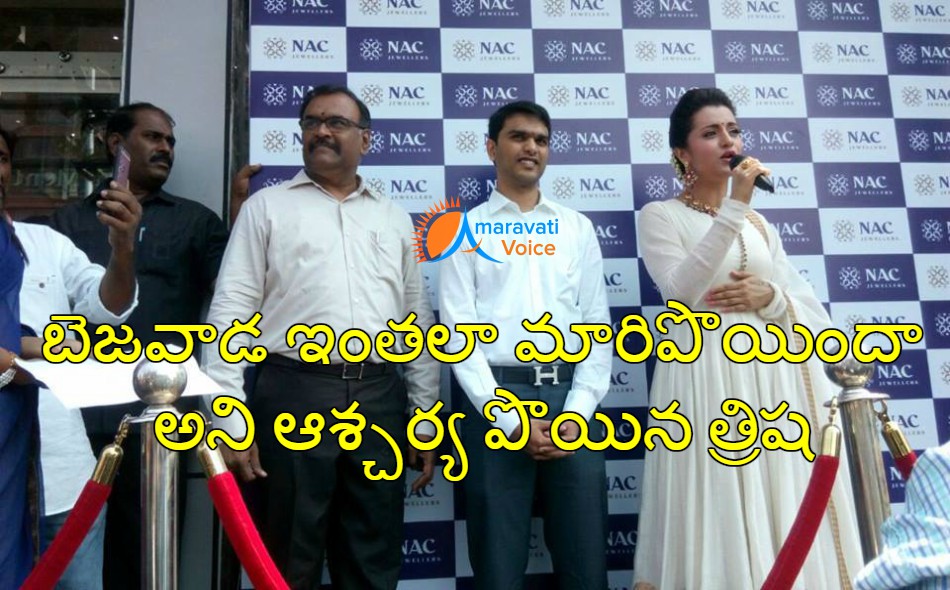 Actress Trisha Krishnan was in Vijayawada city yesterday to inaugurate NAC Jewellers on MG Road, Opposite DV Manor. Trisha is the brand ambassador of NAC Jewellers.

After she has inaugurated the showroom and seen the displayed models, she has shared his experience with Vijayawada city and recollected her memories with the city

She told she is in Vijayawada city for some of the film sequences for film "Krishna", starring Ravi Teja. ''It was so long ago I came to Vijayawada and now I see Vijayawada progressing very fast and very happy to see the city on the growth'', she said.