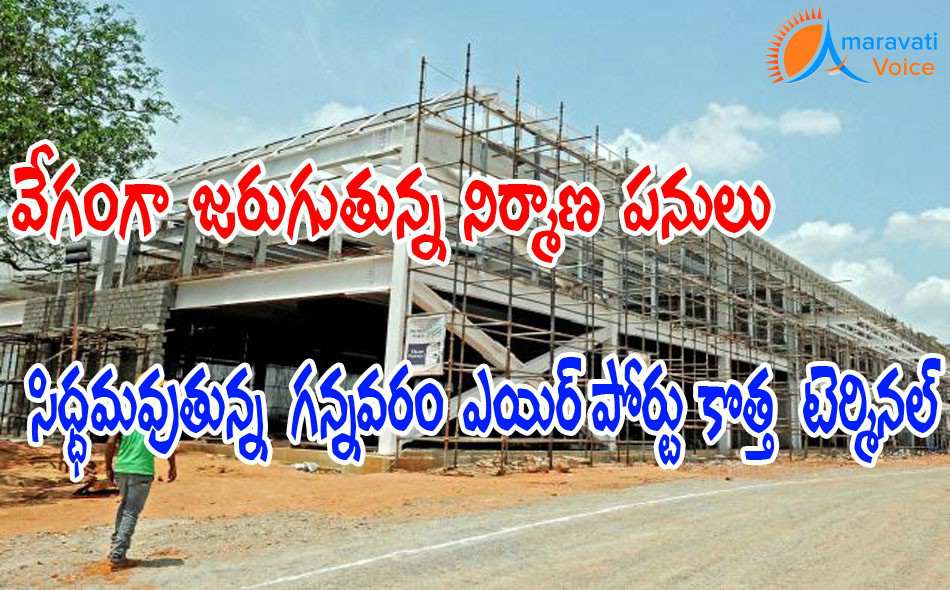 The construction of interim airport new terminal of Gannavaram Airport is racing towards completion, by December end. The works are going on in a brisk pace, since the foundation laid on October 2015. All the words are in a full swing, where almost 60% of the works are completed.

The whole pre-fab structure is ready, and the electricity words are going on.