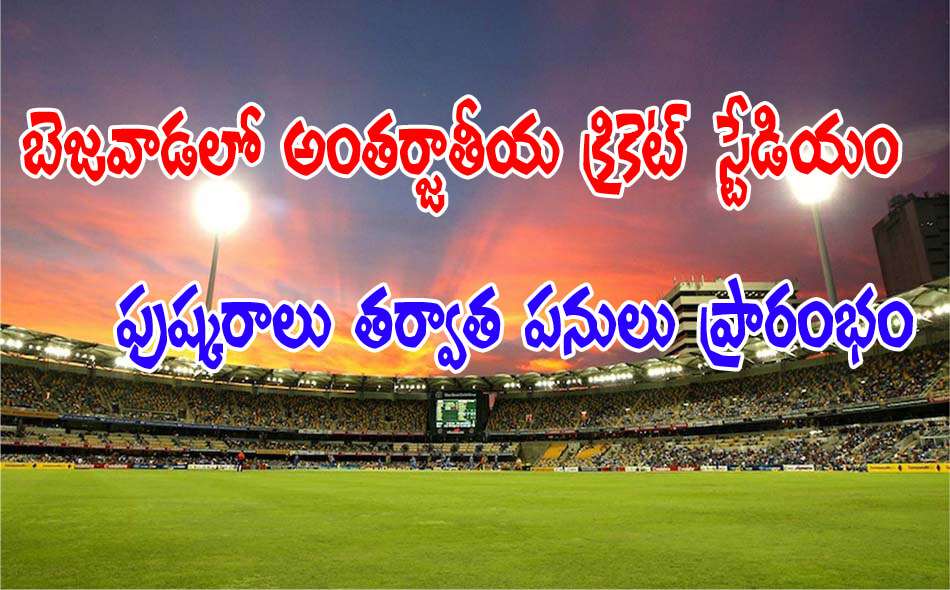 Plans are ready to set up an international cricket stadium in Vijayawada. Chief Minister has reviewed the plan and approved, according to Krishna District Collector Babu A.

Right now this empty space is given to construct "Pushkar Nagar" for Krishna pushkarams. After Krishna Pushkarams, the foundation would be laid and the works related to the construction would start.

There is already one stadium, Indira Gandhi Municipal Stadium in Vijayawada. But due to several issues, international matches are not coming here. One International Cricket Stadium is already being in construction in Mangalagiri. Also another stadium is also going to start in Mulapadu.

International Cricket Stadium to Come up in Vijayawada Last Updated: 28 May 2016