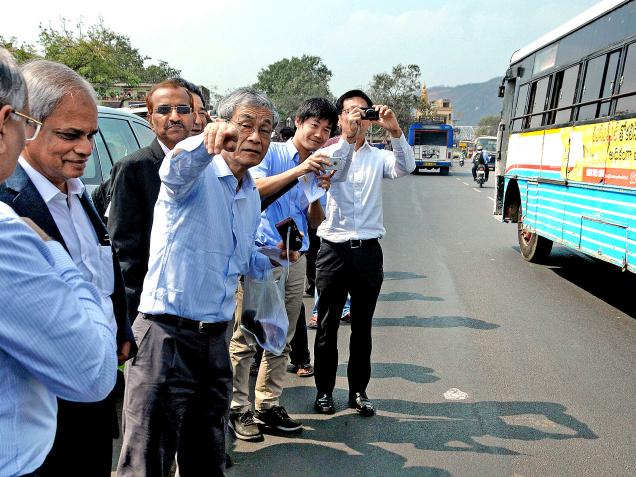 The members of JICA (Japan International Agency) delegation, led by Yasunori Takahashi reviewed the alignment and plans for Vijayawada metro rail works in Vijayawada. The delegation held discussions with the officials of metro rail and inspected the proposed metro route in various areas of city.

JICA has shown interest to be part of the metro rail project by investing funds. But the 15 members delegation is learned to have asked the government to give them 15 months’ time for studying the project and also completing the fund allocation process. But our officials have asked to complete the study in 6 months and JICA team has accepted the request.

JICA is ready to provide Rs.4000 crore as loan, of the total project cost of Rs.6000 crore. The state and central governments would invest Rs.1200 crore each as 20% share in the project.