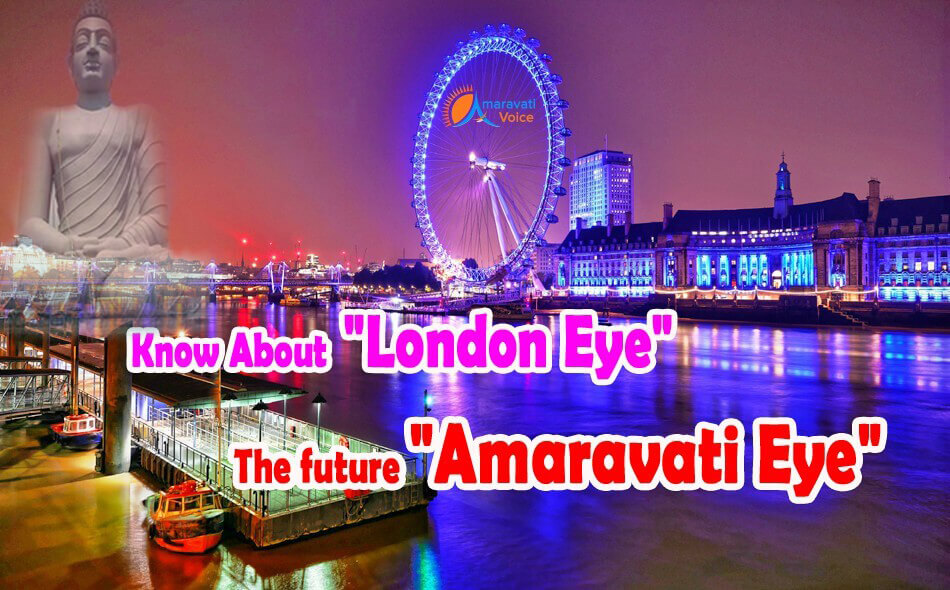 Recently in the tour of London, Chief Minister Chandrababu Naidu, after seeing world famous ‘London Eye’, is highly impressed and announced that he would try to set up a similar structure in Andhra Pradesh Capital Amaravati to attract tourists from across the globe. Also, Chief Minister has held initial tasks and asked to come up with a proposal of having similar one in Amaravati.

In this regard, we would like to tell you what is "London Eye" and how would it suits our Amaravati.

The London Eye, a very popular tourist attraction in London, is a big giant wheel located in the Jubilee Gardens on the South Bank of the River Thames in London. As our Amaravati, also would be in the banks of River Krishna, this would add a special attraction to tourists, if we set this up.

The other attractive thing of this is, from the top of the London Eye, we can see up to 40km radius. So, if we set this up in Amaravati, we can see the whole Amaravati city, Vijayawada and Guntur Cities.

Below are the Facts of London Eye:

Know About "London Eye", Which Government is Planning to Setup in Amaravati Last Updated: 16 March 2016