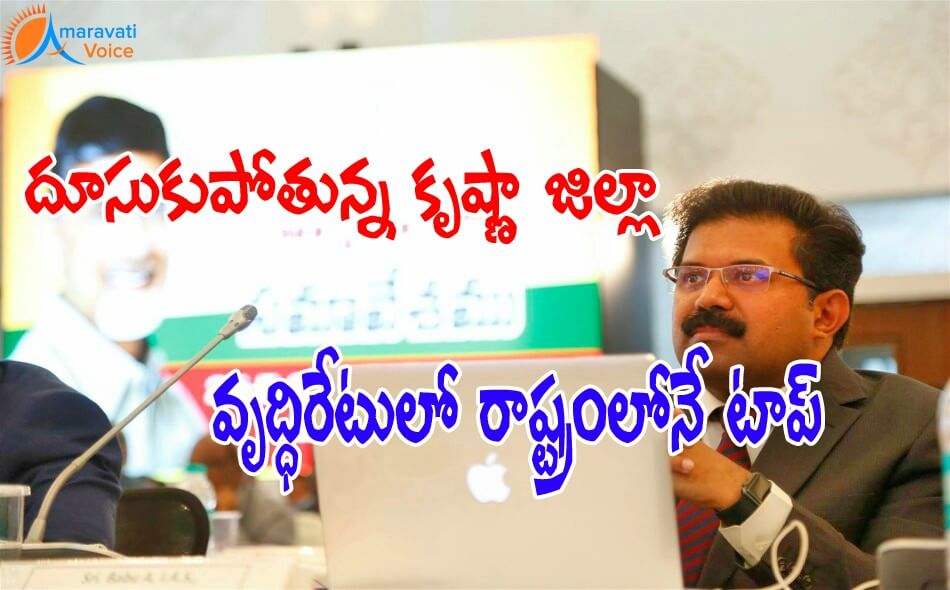 In 2014-15, the GDP is around 9.25% and at that time Krishna District is in fourth place. This year, it has crossed three positions, and grabbed the first position in terms of GDP growth. In terms of Per Capita Income, it stood in second place after Vizag.