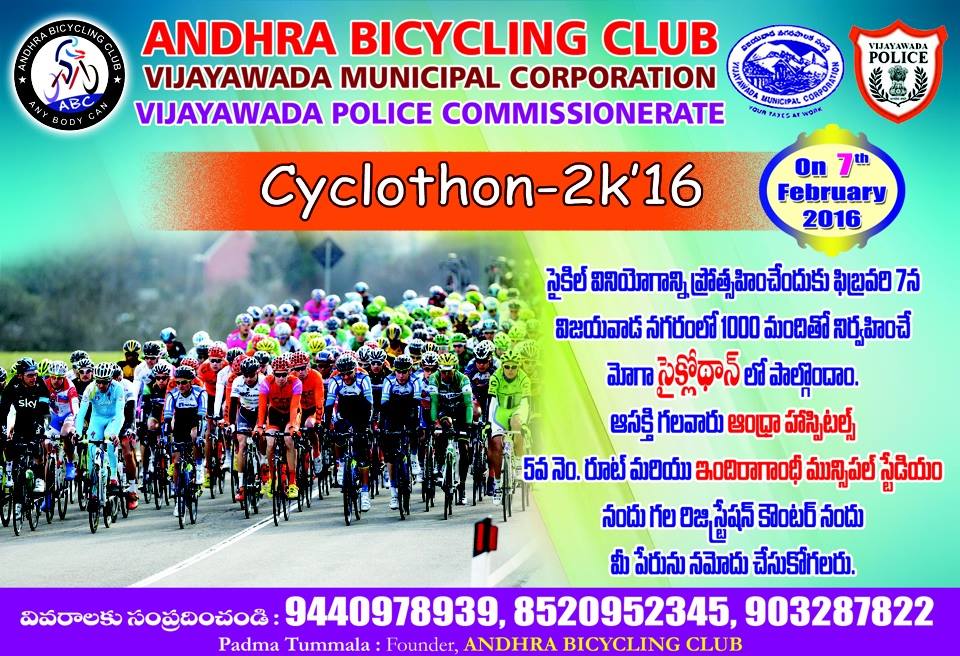 Over 1000 cyclists are going to take part in the Mega Cyclothon event on February 7th, Sunday. The event would be organized jointly by Andhra Bicycling Club, Vijayawada Municipal Corporation and Vijayawada Police Commissionerate. The Rally would start at 6 AM on Sunday at Indira Gandhi Municipal Stadium. The route includes, IGMC Stadium, Benz Circle, Ramavarappadu Ring, Gunadala, Old Bus Stand, MG Road and back to IGMC Stadium

Anybody who is interested could take part in the event with his or her own cycle irrespective of registration. Those who do not have a cycle too can turn up at the venue with a copy of Aadhar card so that cycle will be provided depending on availability. Water and other drinks would be provided on the track and also ambulance services would be provided.

The event is aimed to inculcate the habit of cycling among the denizens of Vijayawada city. The organizers said that similar events would be conducted every first Sunday of every month here after.