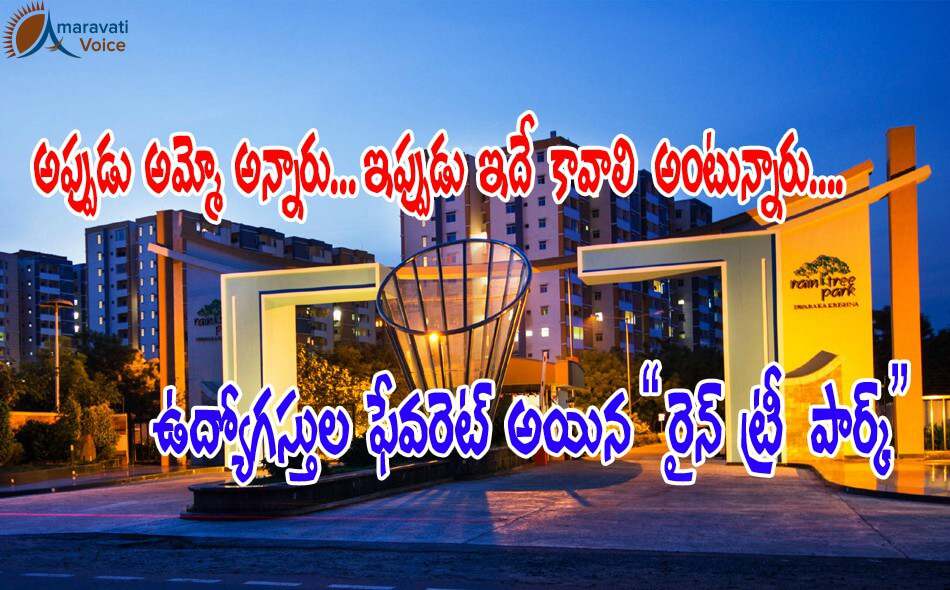 The Rain Tree Park complex spread in 150 acres, starts from highway road on the eastern side and ends at Vijayawada-Guntur railway line on the western side. All the apartments and villas are constructed according to the Vastu norms and this is the main point to the government officials to take these villas/apartments on lease. The government officials, including Guntur district collector Kantilal Dande, AP DGP J.V. Ramudu and other higher officials visited Rain Tree Park Several times and found it good for officials and employees.