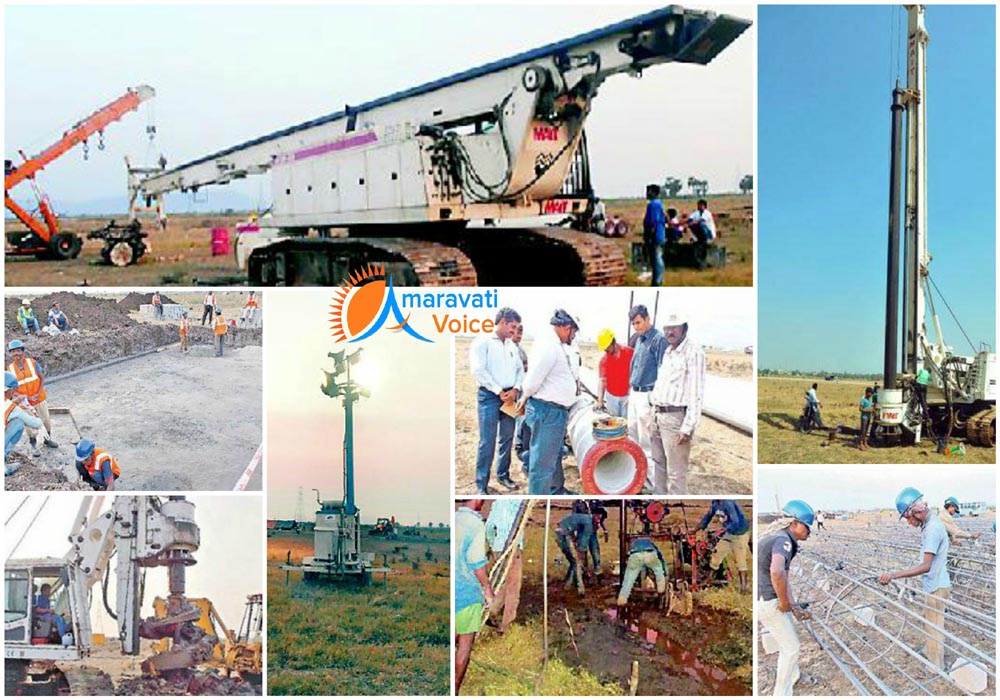 It was a flying start for the temporary secretariat works at Velagapudi with Vastu to avoid hurdles to the government towards administration.

The contractors started the works at Velagapudi for the establishment of temporary secretariat with land clearance, surveying and marking of the structures on Saturday. The contractors are making arrangements to conduct round-the-clock works for the swift completion of constructions.

According to engineers 13 meters long pits (100 feet) would be dug for strong pillars on which the temporary secretariat building would be constructed. The engineers are conducting soil tests to know the strength, capacity and soil variety.

According to the plan, there are six blocks in the temporary secretariat and CM's office would be in the first block on the Nairuthi direction. A direct connectivity to Legislative Assembly and Legislative Council would be provided to the CM. The Assembly and Council would be on the sixth block. All the government offices will be in second, third and fourth blocks and fifth block would be allotted to secretaries.