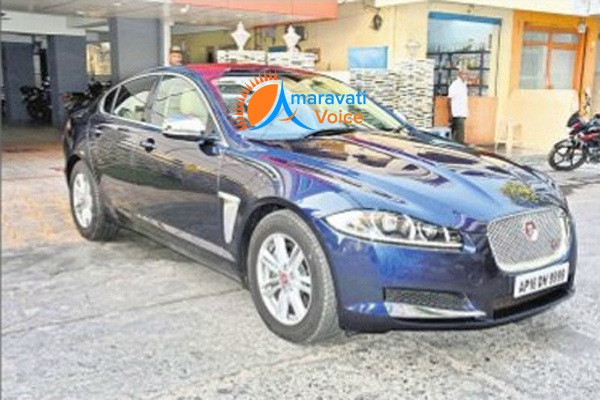 The craze of fancy number registration is reaching new heights. Vijayawada resident, Supervizz Professionals Limited owner Mr.Gupta, paid Rs 6.03 lakh for AP16 DH 9999 for his new Jaguar. The Car pice is estimated around Rs.2 crore. Mr.Gupta had participated in the auction with two other car owners who bid for the same number for their BMW and Benz's.

Officials said this was the second highest amount spent for a fancy number in the 13 districts of Andhra Pradesh. Recently, a BMW owner, bid Rs. 6.40 lakh for the number AP16 DA 9999 on June 2015.