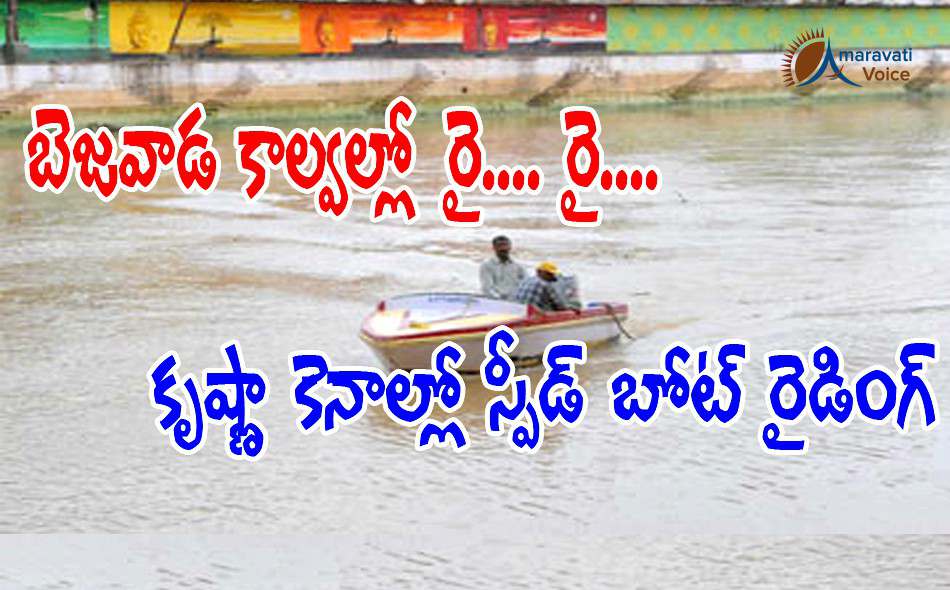 Water sports lovers in Vijayawada city have something to cheer. The Andhra Pradesh Tourism Development Corporation (APTDC) has launched the much-awaited joyrides in the Krishna Eastern Main Canal passing through the city. Soon after the launch, the joy rides on speedboats in the canal evoked a good response from the denizens. The banks of the canal was abuzz with crowds on Sunday, as adventure buffs tested their mettle in the canal by riding speed boats with zeal and enthusiasm.

A six-minute joyride will cost Rs.300 and the boat can accommodate three persons. Tickets can be purchased from boating point at Berm Park. The ride will start from the Canal near Vijayawada Municipal Corporation (VMC) office on Canal Road and it will pass through Navy Park and Prakasan Barrage before ending at Tummalapalli Kalakshetram.