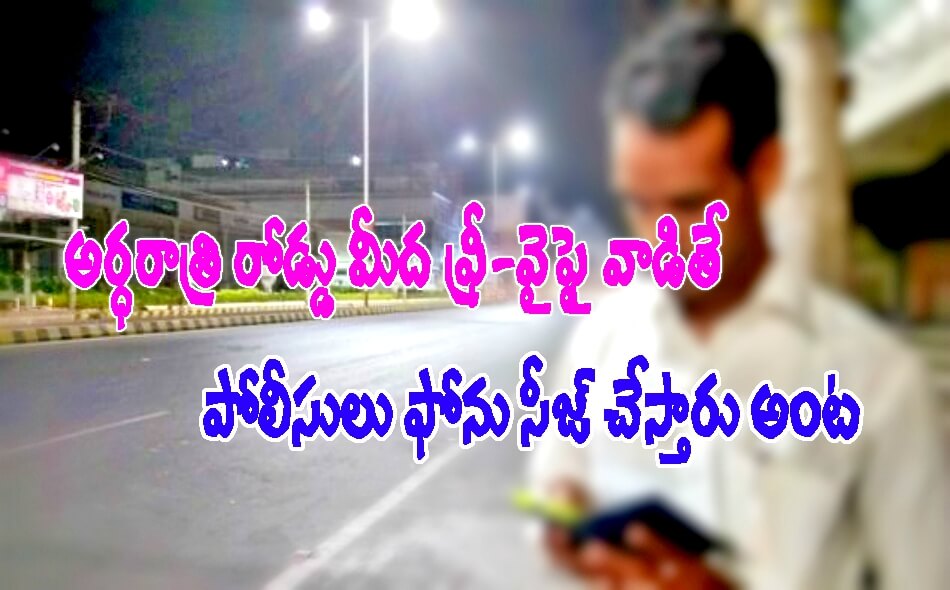 If you are using Free Wi-Fi on MG Road in Vijayawada after 11 PM, you may fall into trouble. Due to Security concerns Vijayawada Police are acting strict on the people who are hanging on the roads even at mid night for free Wi-Fi.

Free Wi-Fi is launched on MG Road and many of the people are using this facility, as everybody now has smart phones. Many are hanging out even on the mid nights to use the facility. This has been a security concern for police, as youth are hanging over the bus stops even at mid night.

So, Police are not allowing youth to wander on the roads on mid night for using free Wi-Fi. They are seizing the phones and asking the people to come to station in the morning and giving them counseling not to use the phones on mid nights on the roads.