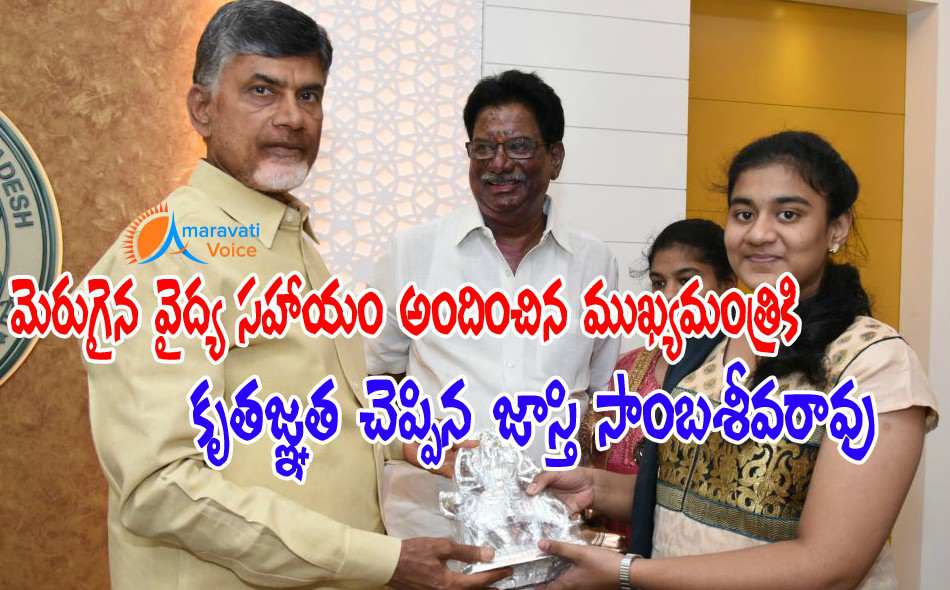 On June 3rd, almost 25% of his body was caught fire accidentally. He has recovered well with a good medical treatment and surgery by doctors in Ramesh Hospital in Vijayawada city

Mr.Jasti Samasiva Rao, is a corporator in Vijayawada for 8th Division.