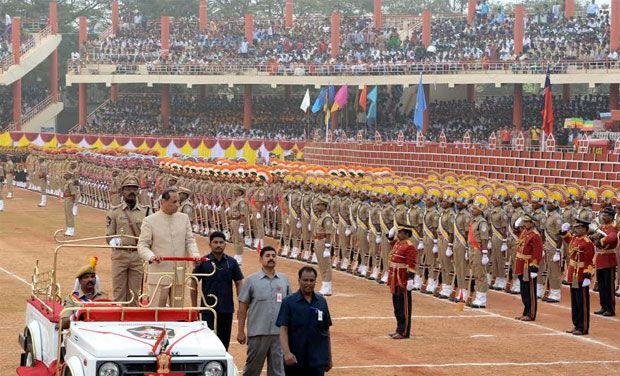 Rehearsals for the state-level Republic Day parade was held at the Indira Gandhi Municipal Corporation Stadium on Sunday morning.

Governor ESL Narasimhan would unfurl the Tricolour tomorrow. Chief Minister N. Chandrababu Naidu, a host of Ministers and bureaucrats will take part. The pass holders have been asked to occupy their respective galleries by 7 am.

Various contingents from the Indian Army, CRPF, Armed Police Band, the 5th, 14th and the 15th Battalion (Telangana State) of the Special Protection Force, non-combatants like the NCC, Scouts and Guides and the Red Cross will take part in the parade tomorrow.

Various government departments will display tableaus and students will perform cultural programmes, depicting patriotism, culture and tradition and thousands of people are expected to take part in the celebrations.

Below are the parking slots and routes to reach Staidum